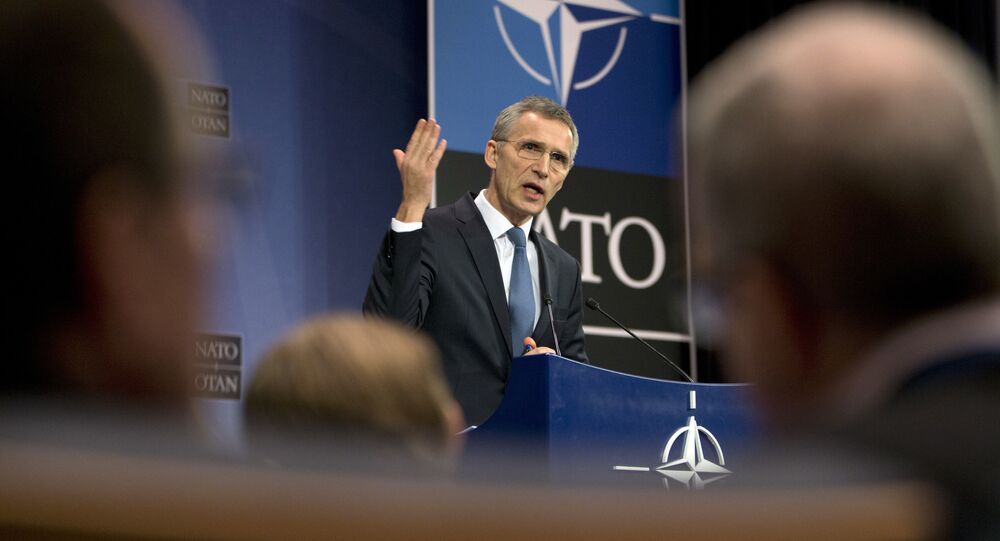 Amid anti-Russian hysteria in the wake of allegations that Moscow is behind the poisoning of its former spy Skripal in the UK, NATO Chief Yens Stoltenberg has stated that Russia is blurring the line between peace and aggression with hybrid attacks and vowed that the alliance will continue to respond.

"The British attack is a part of a pattern of reckless Russian behavior over many years," NATO Secretary-General said referring to the incident with the former Russian intelligence officer who was poisoned in the UK.

Stoltenberg characterized the attempted murder of Sergei Skripal as a challenge to the security of the alliance and added that NATO is ready to protect its members from any threat, including hybrid and cyber threats.

"This is a violation of rules and regulations that are important for the security of all of us," Stoltenberg told journalists in Brussels.

The alliance chief said that the NATO was not going to "mirror Russia tank for tank, missile for missile or drone for drone," but it stood ready to defend its members against any provocations.

"And we will also continue to seek a meaningful dialogue with Russia. We had three meetings of the NATO-Russia Council in 2017. And we are working to hold another. This dialogue is difficult. But it is vital to increase transparency and to reduce risk," Stoltenberg added.

The NATO chief also noted that he would meet UK Foreign Secretary Boris Johnson on Monday to discuss the attack on the ex-spy on British soil. Stoltenberg assured that the UK could count on solidarity from NATO, but pointed out that London had not submitted any request for help in the investigation.

© REUTERS / Henry Nicholls
Top-5 Things to Know About Novichok Nerve Agent Allegedly Used to Poison Skripal
Stoltenberg's statement comes the day after UK Prime Minister Theresa May announced the expulsion of 23 Russian diplomats from Britain over the poisoning of former intelligence officer Sergei Skripal, stressing that London will suspend all high-level contacts with diplomatic officials from Moscow. The Russian Embassy in London called May's gesture "unacceptable, short-sighted and unjustified." Russian Foreign Minister Sergei Lavrov said that Moscow would "definitely" soon expel UK diplomats in response, whereas the Kremlin noted that the UK's allegations against Russia in relation to the poisoning case have all the signs of provocation.

On March 4, Skripal, who was accused of espionage on behalf of London and later granted asylum in the United Kingdom after a US-Russia spy exchange, and his daughter were found unconscious on a bench at a shopping center in Salisbury. Both of them remain in critical condition and are being treated for suspected exposure to a nerve agent.