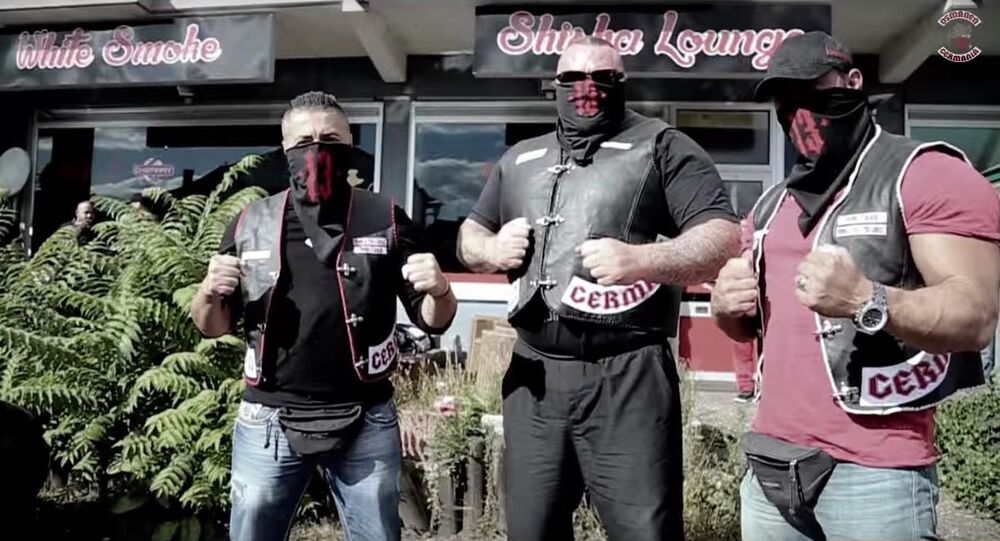 More than 1,000 police in Germany are pursuing the self-proclaimed boxing gang, whose members are accused of murders, manslaughter and pimping, and are allegedly connected to Erdogan's government.

More than 1,000 police in Germany are pursuing the self-proclaimed boxing gang, whose members are accused of murders, manslaughter and pimping, and are allegedly connected to Erdogan's government.

German police have started a nationwide raid, and are searching dozens of properties of a Turkish biker gang registered as Osmanen Germania boxing club, on suspicion of numerous illegal violent actions. Storage devices, drugs and weapons have been seized in the federal states of North Rhine-Westphalia (NRW), Baden-Württemberg and Hessen, as well as in major western German cities:Essen, Cologne, Duisburg and Wuppertal.

Osmanen Germania, founded in 2015, is one of the fastest-growing groups of its kind in Germany, with 22 branches across the country and 300 members, many with Turkish roots. The Federal Interior Ministry has launched an anti-racketeering operation; outgoing chief Thomas de Maizière said “With this measure, we are showing once again that our state of law is resolutely and consistently against any form of crime.” According to the officials, cited by the Stockholm center for freedom, although  the organization describes itself as a boxing club and proclaims its main goal is to “get [young people] off the street,” their purpose is seizing power over more territory and asserting their superiority against competing, rocker-like groups.

However, they specified that the recent raids are not aimed at a ban on the group, but should help shed light on the gang's structure and activities, which attracted the government's attention after several scandals. Eight people, who are told to belong to the gang, are charged with murder, inflicting bodily harm, tax evasion, forced prostitution and pimping.

Other allegations, which brought the Osmanen Germania members public attention, are their connections to Turkey's leadership, which was revealed in an investigation of the local broadcaster ZDF, and based on German police wire taps. According to the media, Metin Kulunk, a Turkish parliamentarian and an ally to President Recep Tayyip Erdogan, gave Osmanen Germania money to buy weapons, go after Kurds, Erdogan’s critics and organize rallies, e.g. protests against the German parliament's resolution condemning the Armenian genocide.

He also reportedly  tried to recruit Osmanen Germania to punish German comedian Jan Böhmermann, who criticized Erdogan with a poem. The politician didn’t comment to the German media, but tweeted angrily about "fictional reports" and threats against Turks living in Europe.

The police raid came just days after several attacks on the Turkish mosque in Berlin. The community reps stated then that there had been more than 20 incidents in two months.