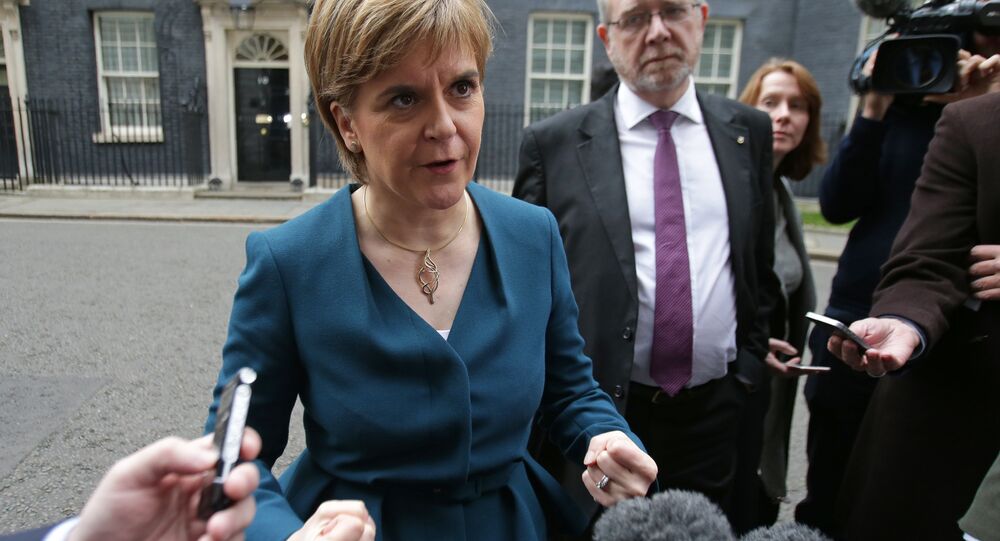 Issues surrounding devolution of power in Britain have been reignited by Brexit, with London and the regional parliaments arguing over who has what authority in the different nations that make up the United Kingdom.

The First Ministers of Scotland and Wales have held talks with British Prime Minister Theresa May in Downing Street over the mechanism by which executive powers exercised by the European Union will be transferred to the devolved Parliaments in Edinburgh and Cardiff.

We want to resolve this and seek agreement before the Withdrawal Bill finishes its passage through Parliament, but time is against us. That is why we will continue with our Continuity Bill, but this is only a fall-back option https://t.co/AkZEAwDH1f

David Lidington, the British Devolution Secretary has repeatedly pledged that the regional governments in Scotland, Wales and Northern Ireland will exercise the vast majority of powers currently held by Brussels, dealing areas such as carbon capture, management of energy and water quality, from the day that Britain begins its exit from the EU in March 2019. The Scottish and Welsh leaders have nonetheless accused the Conservative Westminster Government of attempting to undermine devolution and recentralizing power.

© AFP 2021 / Paulo Nunes dos Santos
UK Supreme Court Decision on Brexit Undermines Gov't Devolution - N. Ireland Lawmaker
Westminster has proposed however, that it should temporarily be able place restrictions on the devolved administrations' authority over regulation of pesticides, fishing quotas and food safety standards. Both ministers have claimed that the temporary restrictions in the Government's Draft Withdrawal Bill contain no timeline, meaning that London theoretically refuse to hand the powers back.

The gradual decentralization of executive power in Britain has gathered pace in the last decades of the XX century and first decades of the XXI due to increasing local nationalist feeling. Calls for devolution have even been made within England itself, with the first-ever "Convention of the North" being proposed for June 2018 by the mayors of Liverpool and Manchester on February 27.