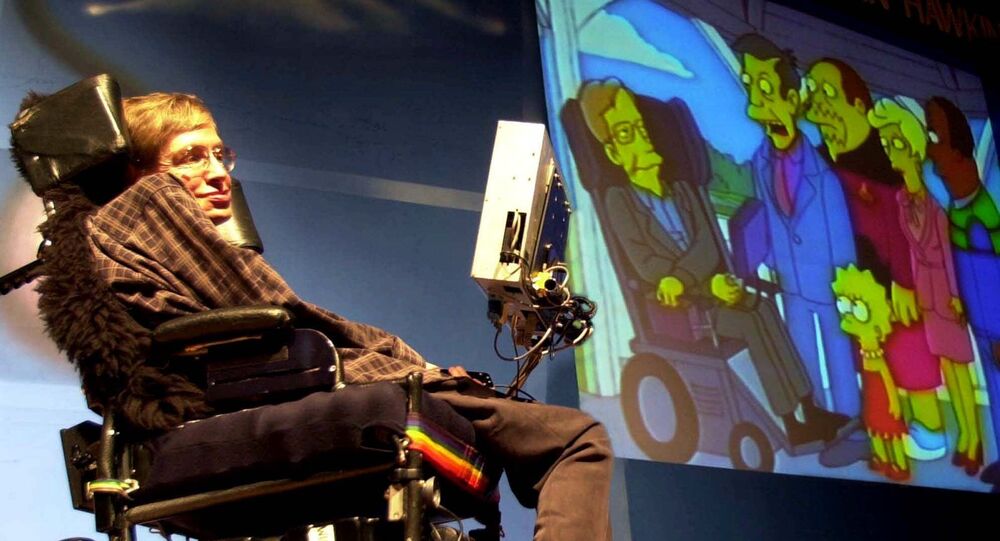 A man who dedicated his life to understanding the universe has departed from it. Theoretical physicist, cosmologist, author, actor, cartoon character, father, grandfather and husband, Stephen Hawking has died aged 76.

Born in Oxford on 8 January 1942, Hawking grew up in London until he was eight years old and moved with his family to St. Albans. In 1959 and aged 17, Hawking secured a place at University College, Oxford to read physics. After three years, Hawking was awarded a first class honours degree in Natural Science.

​After gaining his doctorate degree Hawking became a research fellow and later a professional fellow. He joined the Department of Applied Mathematics and Theoretical Physics in 1979, where he held the post of Lucasian Professor of Mathematics until 2009, a position also held by Sir Isaac Newton in 1669.

​But as Hawking's illness deteriorated, the couple grew apart. Hawking needed more care from nurses and assistants and Jane needed more help to run the household and pursue her own academic career. In 1990, Hawking told Jane he was leaving her for one of his nurses, Elaine Mason. He divorced Jane and married Elaine in 1995.

​Hawking's health condition continued to deteriorate and he gradually lost the use of his hand. In 2005 he began to control his computerized communication device with movements made by his cheek muscles.

In 2006, Hawking and Mason divorced and he resumed closer relationships with his ex-wife Jane, their children and three grandchildren. In the same year he was awarded the Coplet Medal from the Royal Society.

​In 2007, 'Travelling to Infinity: My Life with Stephen', a book written by Jane about the breakdown of their marriage was revised. By 2009, Hawking could no longer drive his motorized wheelchair independently.

In the same year, he was awarded the Presidential Medal of Freedom, America's highest civil honor and in 2013, he was awarded the Russian Special Fundamental Physics Prize. 'Travelling to Infinity: My Life with Stephen', written (and revised) by Hawing's first wife, was made into an Oscar winning film in 2014.

#StephenHawking: Life in pictures
The 2014 film, "The Theory of Everything,” was based on the book “Travelling to Infinity: My Life with Stephen,” written by Hawking’s first wife Jane Hawking. (cont) pic.twitter.com/MQoQzEzCf6

​Professor Hawking made many TV and film cameos, including, Star Trek: The Next Generation, Genius of Britain, The Big Bang Theory, University Challenge, and Little Britain for Comic Relief.

Stephen Hawking’s first appearance on Big Bang Theory. This man will forever be remembered as one of the greatest humans to live on this planet. pic.twitter.com/3ty4MVHkgk

Despite being the most intelligent person on Earth #StephenHawking loved a good laugh… https://t.co/1RTiScHxx6

Once had privilege of meeting genius Stephen Hawking. We had so much in common. Same first name. Both been in The Big Bang Theory. So much.

​Hawking also appeared in cartoon form in Futurama and The Simpsons.

RIP Stephen hawking. Your Simpsons and Futurama bits will live on. pic.twitter.com/RSg6ONLQr5

A scientist who hoped to travel into space one day, Hawking relentlessly worked on understanding the basic laws which govern the universe. He showed that Einstein's General Theory of Relativity implied that space and time would have a beginning in the Big Bang and end in black holes.

READ MORE: Hawking Sheds Light on What Happened Before the Universe was Born

By unifying General Relativity with Quantum Theory, Professor Hawking discovered that black holes in space should not be completely black — but rather emit radiation, evaporate and disappear.

To my amazement, I have discovered that black holes can leak particles of energy into space and even explode under certain circumstances.

During his life, Hawking was awarded 12 honorary degrees, his research implied the way the universe began was totally determined by the laws of science; the universe has no edge or boundary in imaginary time.

Stephen Hawking may be dead, but the knowledge he imparted will live forever. Connecting general relativity with quantum theory to name one. RIP Dr. Hawking

Remembering Stephen Hawking, a renowned physicist and ambassador of science. His theories unlocked a universe of possibilities that we & the world are exploring. May you keep flying like superman in microgravity, as you said to astronauts on @Space_Station in 2014 pic.twitter.com/FeR4fd2zZ5

​In spite of being wheelchair bound and dependent on a computerized voice system to communicate, Hawking's legacy lives to infinity and beyond.

#RIP Steven Hawking. To infinity and beyond. pic.twitter.com/WkCNP8GJFF