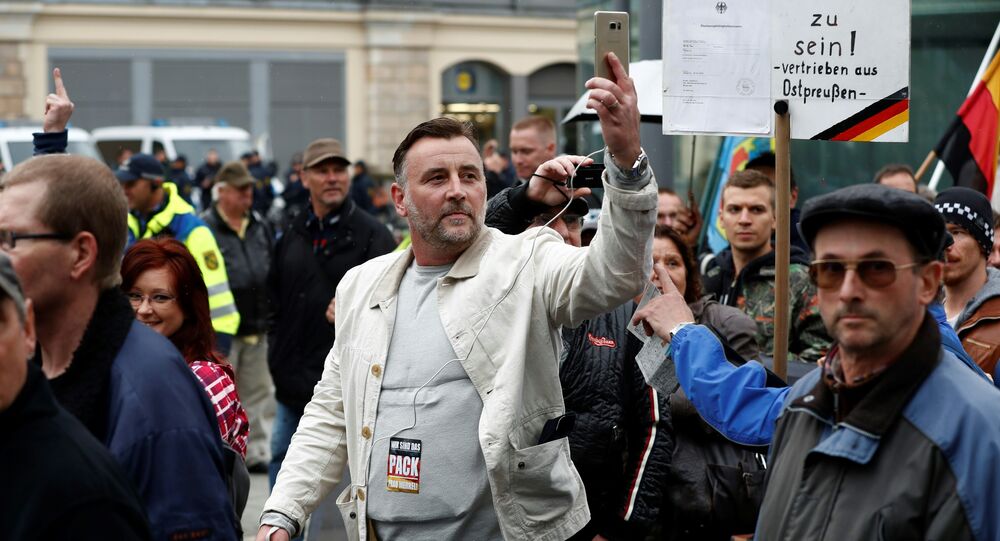 In an interview with Sputnik, the group Patriotic Europeans Against the Islamization of the West (PEGIDA) has admitted that PEGIDA co-founder Lutz Bachmann had tweeted an innocent man's photo in his attempt to reveal the identity of man suspected of killing a teen girl in Berlin.

Police in Berlin have opened an investigation into the spread of false information by social media users about last week's murder of a 14-year-old girl in the German capital Berlin, according to Deutsche Welle.

The users include Lutz Bachmann, founder of German anti-Muslim and anti-migrant group PEGIDA, who faces charges of libel, false suspicion and incitement to hatred for having tweeted two images of an innocent young man who Bachmann claimed was "probably" the killer.

In a tweet that was later deleted, Bachmann described the man as a "beast from the Caucasus," also calling him a "Chechen Muslim and ex-refugee." Additionally, Bachmann included a link to the man's Facebook page.

"Of course, it is unfortunate that a wrong person was possibly associated [with the crime], if no factual statement was made in the tweet, but merely a conjecture," PEGIDA pointed out.

A girl identified as Kiera G. was stabbed to death in her Berlin home on March 7, prompting an immediate uproar among right-wing groups and individual social media users.

They blamed the German government for keeping mum on the    suspect's identity, alleging that the killer was a migrant.

"Is this the picture from the Facebook profile that Lutz Bachmann also posted? Is he now in trouble because of the post? And do you think it’s ok to blur the picture? The perpetrator is definitely the teenager!" according to this tweet.

The suspected killer is a 15-year-old German boy who reportedly was Kiera G.'s classmate. He was arrested late last week and he is not the same person who was mentioned by Bachmann, according to police.

PEGIDA emerged in October 2014 in Dresden, where it attracted hundreds and later thousands of supporters during weekly anti-Islamization marches.