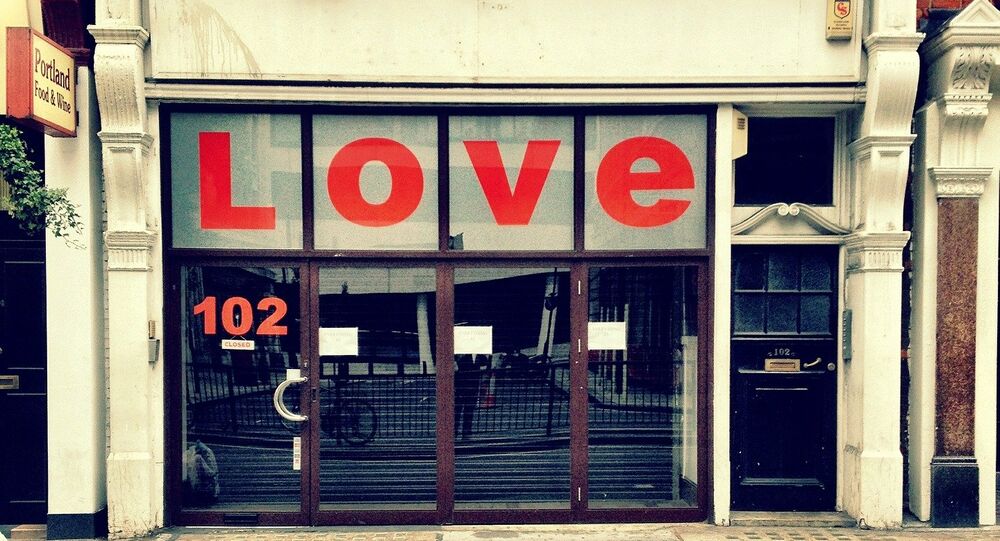 In response to an anti-Muslim letter calling for points to be awarded for carrying out violent acts, many social media users are tweeting #loveamuslimday "because we believe in spreading love, not hatred," one twitter user posted.

People living in East London, Bradford, Leicester, Cardiff and Sheffield have reported receiving the letters printed on A4 paper detailing a points system for awarding different acts of violence specifically targeting Muslims living in Britain. The letter details each action and reward; pulling a hijab is 25 points, throwing acid is 50.

We are liaising with police on this. If you receive one of these letters, try not to handle it as much as possible for evidential purposes. Keep the envelope as well which is useful for police.

The "love a Muslim" poster also features a reward system including 10 points for smiling at a Muslim to 2,500 points for buying a Muslim family a Hajj package.

British Muslims urging others to respond to 'Punish a Muslim Day' letters with love instead, calling for it to be #LoveAMuslimDay instead

I can't afford to send anyone to Mecca but I'll buy a Muslim colleague a coffee 😉https://t.co/ZG9IMmXgWZ

They throw hate at us, we throw back mercy & love. #loveamuslimday pic.twitter.com/p8HijGIdtA

I'm tired of living in constant fear all the time. The original letter freaks me out big time and I fear for my loved ones' safety. But instead, we spread love & acceptance because they always win. Always.

Meanwhile four Muslim Labour MPs have been sent suspicious packages in the last 48 hours, including the letter advocating violence against Muslims. They were sent to: Rupa Huq, MP for Ealing Central and Acton, Rushanara Ali, MP for Bethnal Green and Bow, Mohammad Yasin, MP for Bedford and Afzal Khan, MP for Manchester Gorton.

Rupa Huq told London newspaper the Guardian that the envelope contained a "sticky substance" described by police as "low-level noxious" and a member of her team was taken to the hospital as a precaution for opening the letter.

Thanks for concern after suspect package received at my Commons Office. My staff have had the all-clear apart from one who is being checked out at hospital as he handled the irritant substance. Totally unacceptable for Muslim MPs to face this — just done a BBC interview on it. pic.twitter.com/wrIgE1cYdR

A Westminster parliamentary spokesperson confirmed four packages had been sent to the Norman Shaw north building and police were investigating the latest package. "This is further to the two items investigated yesterday, both of which were found to be non-harmful. The police are investigating the content of the letters to identify any potential link." London's Metropolitan Police confirmed officers were called to investigate a suspicious package at Norman Shaw buildings and inquiries were continuing.

Instead of "Punish a Muslim Day", we will have #LoveAMuslimDay 💚because we believe in spreading love and not hatred 🙏🏽#SpreadLoveNotHate pic.twitter.com/k3fYvmJrsU