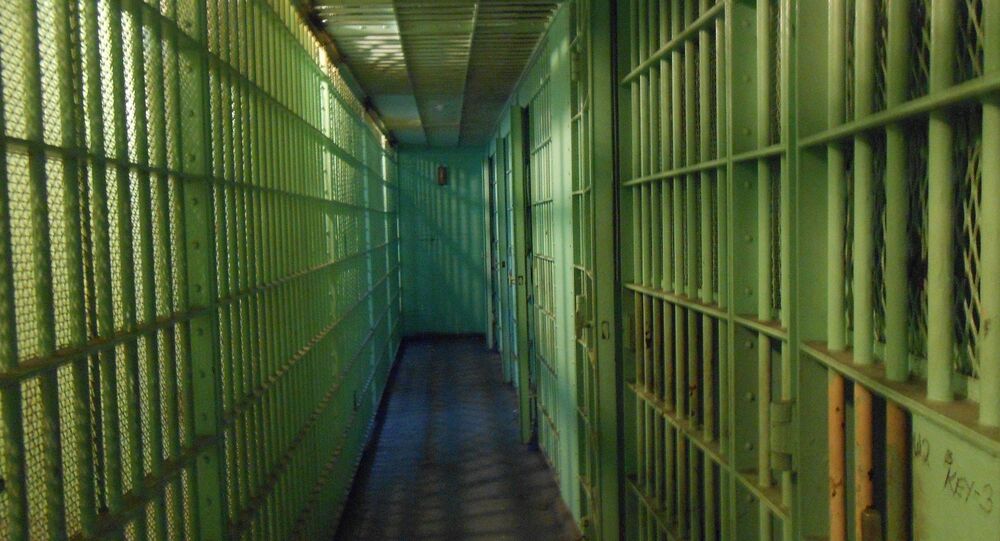 Europe's largest immigration detention center has been accused of holding torture victims in prison-like conditions at its site near London's Heathrow Airport.

A report on an unannounced inspection of Heathrow Immigration Removal Center's (IRC) site in Harmondsworth by the UK's prison watchdog reveals "considerable failings" in terms of its safety and respect record for detainees.

Prison inspectors found areas where bedbugs were "endemic" and infestations of mice and "drug us was an increasing problem", and many areas "were dirty and bedrooms, showers and toilets were poorly ventilated," according to the report published Tuesday 13 March. The UK's Home Office is also found to be unlawfully detaining torture survivors despite accepting evidence of their vulnerability.

​A previous inspection in 2015 highlighted concerns over the safety of detainees, however improvements made in 2017 were "not of the scale or speed that were required," Peter Clarke HM Chief Inspector of Prisons said. "The continuing lack of time limit on detention mean that some men had been held for excessively long periods: 23 men had been detained for over a year and one man had been held for over four and a half years, which was unacceptable," the chief inspector of prisons Mr. Clarke said. The report also cited concerns detainees were still being "routinely handcuffed when attending outside appointments without evidence of risk."

Report on #Harmondsworth immigration detention @HMIPrisonsnews adds to catalogue of human rights abuses: indefinite, lengthy detention, reports of doctors on torture ignored, degrading conditions. All known but goes on and on. Cruelty. https://t.co/NjxrQThI97

​"In 2013 we identified the disgraceful treatment of an ill and elderly man who was kept in handcuffs as he died in hospital…it is with concern, therefore, that at this inspection we found detainees once again being routinely handcuffed when attending outside appointments without evidence of risk," Mr. Clarke said.

Detained Voices is a blog written by immigrants held in detention centers in Britain, The Diary of a Wimpy Illegal, is a written account of one detainees experience at Heathrow's IRC. He reports being handcuffed and held outside in bad weather after a bus transporting detainees to an airport blew up, along with it, all the immigrant's official documents and personal possessions.

NEW POST: There are so many stories to be told #Harmondsworth #ShutThemDown https://t.co/GQKq1AHiM8

"The escape from the burning bus was probably the most traumatizing event of our life mentally, but made to stand out in open rain on the roadside with handcuffs on, being treated like serial killers, well I must say I have never been more embarrassed than this thus in my entire life," he writes.

"…Here, immigration detainees who have never committed a crime in their life are mixed with the hard line and habitual criminals and the result is a perfect match up."

Police be requested to #Tascor must be investigated:
The handcuffing process that took place inside the bus on fire@wearemitie / #Harmondsworth detention staff be investigated: There was an oil leak beforehand
The behaviour of Mitie management must also be questioned.

The report published into the recent inspection of Heathrow IRC draws on interviews with detainees who say drugs, especially 'Spice' are easy to obtain and "staff did not do enough to address the problem."

"All health care staff said that Spice was a major problem in the center…health staff reported that detainees told them Spice relieved the boredom and made life more bearable given the stress they experienced in detention," the report says. Other drugs, including cannabis and heroin and prescription medication were also available.

In his personal account of life inside Harmonsdworth detention center, the author of Diary of a Wimpy Illegal writes: "The drugs here are as common as a bottle of coke. They are properly marketed and you can get them without any fuss. You will see somebody getting high and dropping unconscious on the floor every single day. There is a drug related incident every single day where people overuse them and suffer its serious consequences.

"I have seen so many nice and innocent people coming to this detention centre clean and end up being a drug addict of a proportion who might do anything just for a joint of spice," the blog published by Detained Voices reveals.

The unannounced inspection took place between 2 — 20th October 2017. A UK Home Office spokesperson said: "When people are detained, it is for the minimum time possible, and detention is reviewed on a regular basis. The detainee's welfare remains of the utmost importance throughout."

#Harmondsworth is Europe’s largest immigration #detention facility, holding up to 676 male detainees, close to Heathrow Airport. It is run for the Home Office by Care and Custody, a division of the Mitie Group. It is one of 8 long-term residential detention centres in the UK.