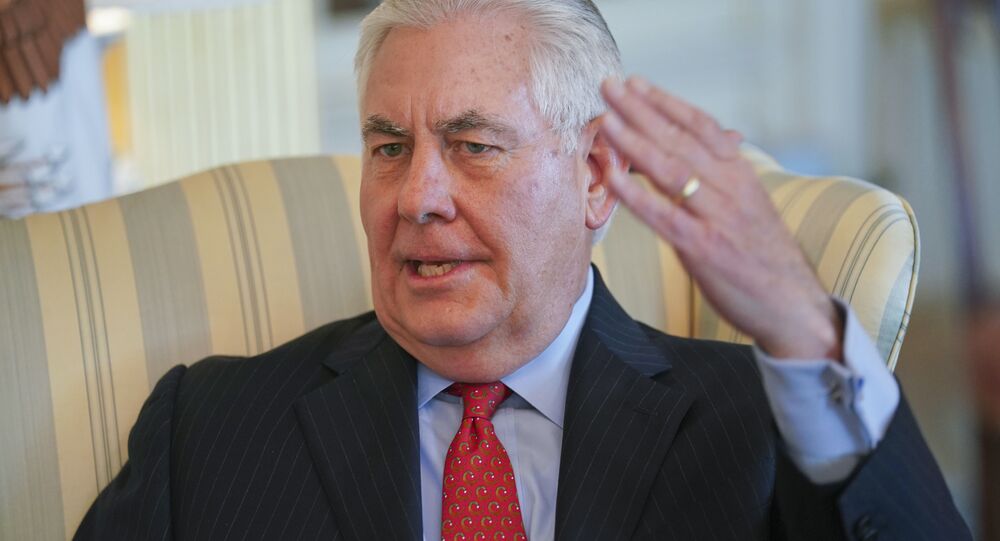 United States Secretary of State Rex Tillerson said on Monday that the poisoning of former Russian spy Sergei Skripal "clearly came from Russia," and that it "will trigger a response."

The official told reporters that he's not sure whether the Russian government had knowledge of the poisoning, but that the nerve agent used in the attack couldn't have originated elsewhere. He noted that the substance the UK says the two were attacked with exists "only in the hands of a very, very limited number of parties."

Speaking to reporters during his flight from Nigeria to Washington, DC, Tillerson called the incident "a really egregious act" and that it's "almost beyond comprehension" that a state actor would use the nerve agent in a public place.

Tillerson's announcement comes hours after British Prime Minister Theresa May stated that either Russia had been responsible for the poisoning or that it had allowed the nerve agent to get into the hands of those who committed the attack.

"It is now clear that Mr. Skripal and his daughter were poisoned with a military-grade nerve agent of a type developed by Russia. This is part of a group of agents known as Novichok," the prime minister stated. "Either this was a direct act by the Russian state against our country, or the Russian government lost control of its potentially catastrophically damaging nerve agent and allowed it to get into the hands of others."

May has given Moscow until the end of Tuesday to offer details of its Novichok nerve agents program to the Organization for the Prohibition of Chemical Weapons.

Despite speculation, Moscow has shut down claims that it knew anything about how or why the poisoning took place.

"Unfortunately, I cannot give you any comments because we do not have any information. But, in fact, these accusations 'were not long in coming' as we say in Russia," Dmitri Peskov, presidential spokesman, said, before adding that Moscow is open to cooperating in the investigation.

A total of 21 people were injured in the March 5 incident, during which Skripal and his daughter were found unconscious on a park bench. The two remain in hospital in critical condition.

NATO Secretary-General Jens Stoltenberg said Monday that the organization had been in contact with London about the incident, which is "of great concern."