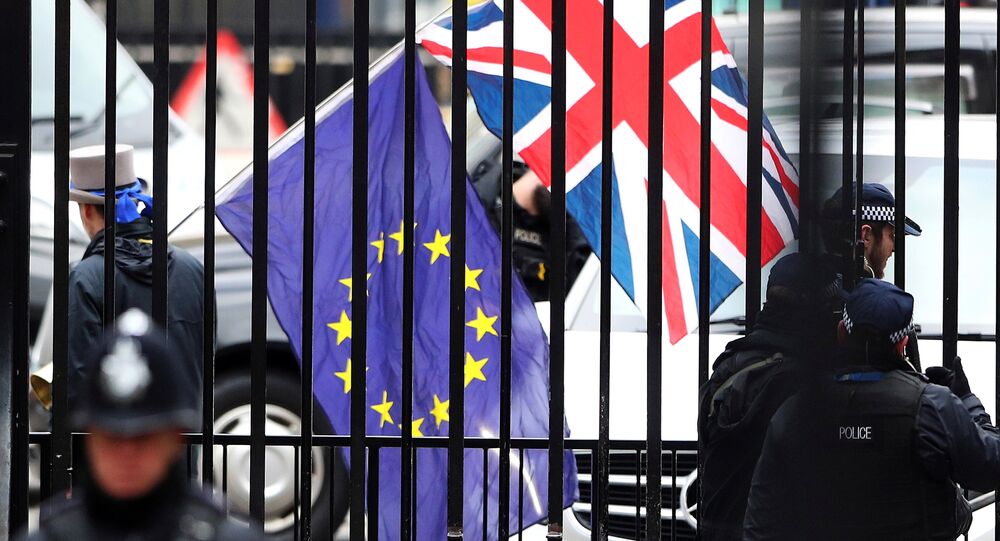 LONDON (Sputnik) - The cost of Brexit for the United Kingdom's and EU firms might amount to 58 billion pounds (about $80.6 billion) per year if a new trade deal is not negotiated, a report prepared by the Oliver Wyman consulting firm and Clifford Chance law firm said on Monday.

The report by the two firms assessed the impact of new tariff and non-tariff barriers that might be imposed on trade between the union and the United Kingdom post-Brexit.

According to the report, about 70 percent of the aggregate cost will split among five sectors in the United Kingdom: financial services, agriculture, the food industry, consumer goods, and the chemical industry.

© CC BY 2.0 / grassrootsgroundswell / City of London
Brexit of Secondary Importance to Business Planning - CC Leader
With regard to the European Union, aerospace, automotive, chemical industry, metals, and mining sectors are expected to become most vulnerable to Brexit effects, according to the report.

Meanwhile, London and Brussels can reduce the cost of Brexit for their firms if the two parties negotiate a new customs agreement that would have a lot in common with the existing EU Customs Union.

The United Kingdom is currently part of the EU single market but if London leaves it post-Brexit, the country will have to negotiate new trade deals with its partners.

Brexit talks between London and Brussels officially started in June and are due to be completed by the end of March 2019.

'It's Bound to Be an Awkward Situation' - British Explorer on Brexit