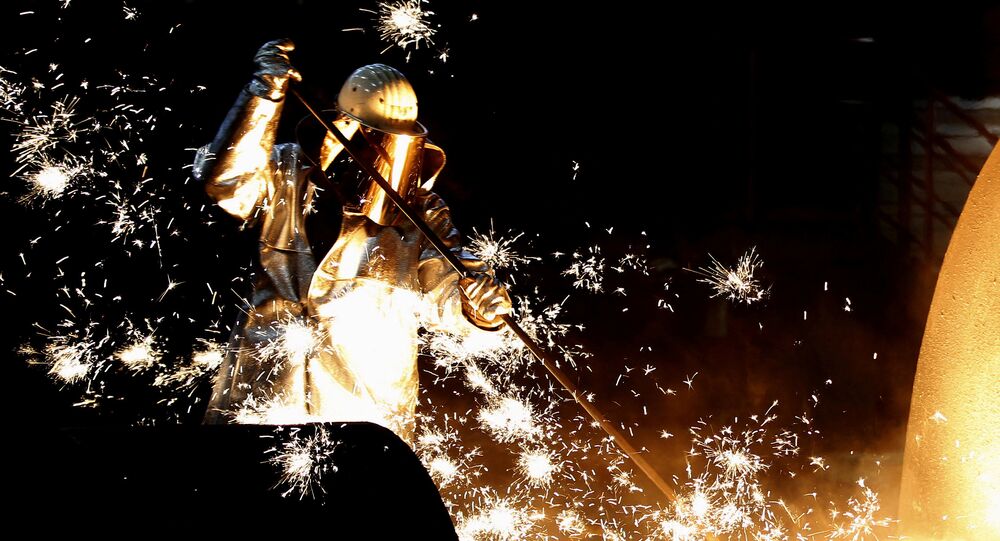 The EU's top trade official has employed strong rhetoric as the row with US President Donald Trump over steel and aluminum tariffs heats up following fruitless talks.

European Trade Commissioner Cecilia Malmstroem has promised that Europe would fight back against those who intimidate its trade after joint talks with US Trade Representative Robert Lighthizer and Minister of Economy, Trade and Industry of Japan Hiroshige Seko on exemption from Donald Trump's steel and aluminum tariffs came to a deadlock.

The top EU official said at a conference "In some places trade has been to blame for the pains of globalisation or they used it as a scapegoat or they think we can live behind walls and borders."

"Recently we have seen how it is used as a weapon to threaten and intimidate us. But we are not afraid, we will stand up to the bullies," Malmstroem told the press.

Trump's announcement to set a 25 percent duty on imported steel and 10 percent on aluminum has startled the US' closest European allies; the dispute got more heated after threats to tax German cars if the EU doesn't lower barriers to the American import. However, the US president's administration promised exceptions, like the ones for Mexico and Canada.

Malmstroem's escapade came ahead of further negotiations expected this week, as she announced earlier on Twitter. Details are yet to come.

As a close security and trade partner of the US, the EU must be excluded from the announced measures. No immediate clarity on the exact US procedure for exemption however, so discussions will continue next week. (2/2)

​According to the European steel association EUROFER, trade with the US accounted for 15 percent of Europe's steel exports in 2017. They also fear that other countries hit by the new tariff policy will redirect their steel exports to Europe.