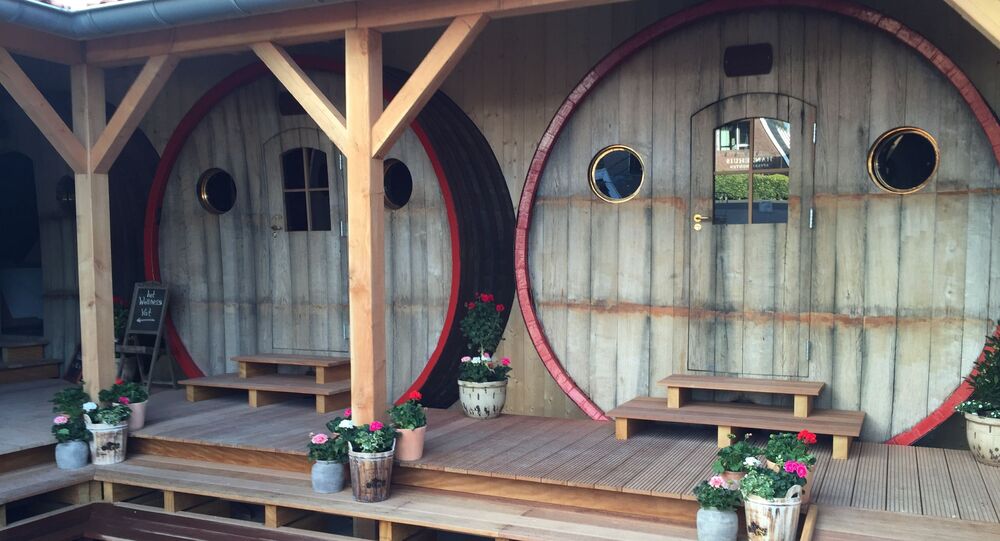 From a Volcano Bungalow to 'GoT' Guest House: Most Unusual Hotels in Europe

The imagination of architects seems to have no boundaries, as they are capable of creating a stylish hotel room from almost anything. Here are the most unusual guest houses in Europe.

Live in a UFO

A Swedish hotel, located in the forest 70 minutes away from the city of Harads gives its guests an outstanding opportunity to stay in a UFO prototype, a bird's nest or a mirror cube built in the crowns of the trees.

The hotel is usually overbooked, so guests should book their accommodation well in advance.

A double room costs about 500 US dollars per night.

Spend a Night in an Aquarium

If you don't want to climb a tree, you can "dive" underwater and spend a night in an aquarium. Such a hotel on Lake Mälaren, the third largest in Sweden, was designed by artist and sculptor Mikael Genberg.

From the outside, the hotel looks like a small red house in the middle of the lake with a white door and round windows. But inside, there is only one room, which is three meters deep under water.

The room has two beds, a bedside table and rectangular windows, through which you can watch fish swimming by.

Hotel atop a Construction Crane

In Amsterdam, you can stay in a hotel on the port crane of a closed shipyard.

Two elevators lift the hotel guests to the panoramic lounge-zone at a height of 15 meters. Guests can book one of the three spaciously extravagant suites in the upper part of the crane (35-50 meters).

The price for a room starts from 850 US dollars per night.

Inside a Wine Barrel

Another Dutch hotel has adapted wine barrels for tourists. One can live in one of these giant containers for about 200 US dollars per night.

Many guests seem to have very positive impressions of the hotel. Some are pleased with its friendly stuff, while others say that it's "cozy and comfortable."

In Austria, architects built a hotel inside incredibly strong sewer pipes. The hotel is located in the town of Ottensheim. You can stay there from May to October.

Every pipe has a rather comfortable interior: a double bed, a bedside table, a lamp, a wool blanket and a sleeping bag made of light cotton. All other amenities — toilets, showers, a mini-bar and café are located outside, on the hotel's territory.

This is a non-commercial project, which is why staying at the hotel for more than three nights is impossible. But the good news is there is no fixed price: You can pay as much as you want.

In Belgium, between Antwerp and Ghent, there is a hotel in the form of… intestines. Initially, it was an art object created by artist Joep Van Lieshout that was later transformed into a guest house.

The price for the room is 150 US dollars per night.

‘The Game of Thrones' Guest House

Finnish entrepreneurs recently opened an ice hotel in the style of "Game of Thrones".

The hotel is located on the territory of the Lapland Snow Village. The temperature in the rooms is minus five degrees.

The cost of living is about 350 US dollars per room a night.

Living on a Volcano

Another unusual hotel is located on a slope of the Hengill volcano in Iceland, in the middle of the lava fields.

The guest house is located less than an hour's car drive from Reykjavik.