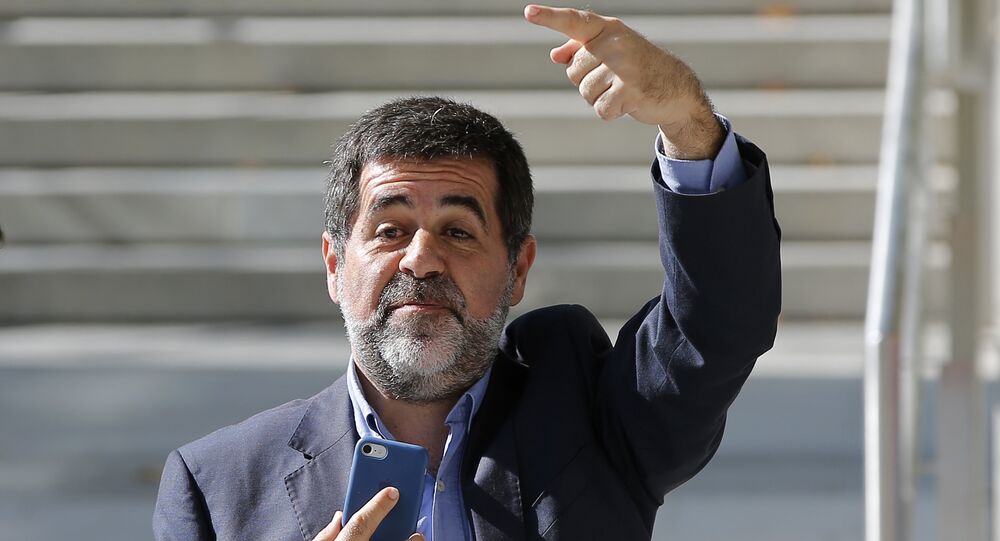 MADRID (Sputnik) - According to the Constitutional Court, the politician's case is now with the country's Supreme Court, which had also upheld the ruling on detention pending trial as a preventive measure for Sanchez.

The Spanish Constitutional Court rejected on Wednesday the request of Catalan politician Jordi Sanchez, who is currently in pre-trial detention in Madrid, to release him so that the politician attends the Catalan parliament's session at which his candidacy for the post of the Catalan government's head will be considered.

The Constitutional Court has also ruled against the suspension of the ruling on Sanchez' pre-trial detention issued by the Spanish National Court.

Sanchez, the former leader of the public organization Catalan National Assembly (ANC), is charged with organizing a coup, insurgency, and embezzlement of state funds in connection with the October 1 referendum.

A similar decision was taken by the Spanish Supreme Court concerning former Vice President of Catalonia Oriol Junqueras, announced in January: the court's ruling left him in custody during the pre-trial investigation.

On October 1, Catalonia held a referendum on the region's independence from Spain. The vast majority of voters backed secession. The plebiscite was not, however, recognized by Madrid, which subsequently imposed direct rule over the autonomous region and dismissed its government. Several ministers of the former Catalan government were arrested while several managed to leave Spain for Belgium.

The Catalan parliament's session devoted to the election of the future government's head will be held on Monday, March 12.