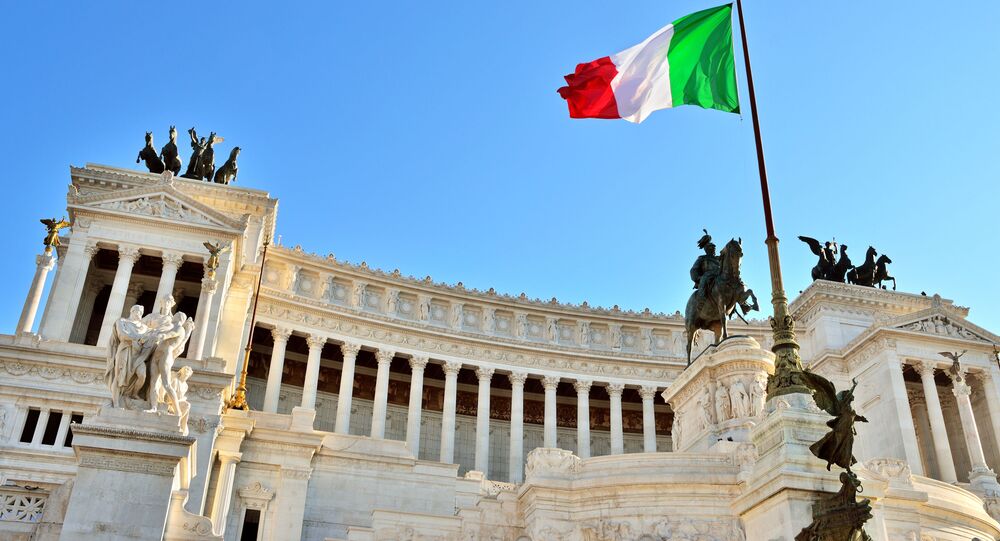 MOSCOW (Sputnik) - In the wake of Italy's general elections held on Sunday, Roberto Jonghi Lavarini, the right-wing Brothers of Italy party's candidate, in an interview to Sputnik spoke about Italy's future policy on anti-Russian sanctions, as well as possible allocation of posts in the new government.

The right-wing coalition government that may become a reality following Italy's general election would work on lifting anti-Russian sanctions and resuming a privileged dialogue with Moscow instead of focusing on the EU project, Lavarini said.

"The future center-right government will be friends with Russia, will work on lifting the economic sanctions and resuming a privileged dialogue with President Vladimir Putin and the Eurasian world," he noted, adding that his party would request the revision of all international treaties, including those concerning Italy's membership of the eurozone and NATO, in favor of a strategic alliance with Eurasia.

© Sputnik / Alexander Vilf
Is Italy Headed for Its Own EU-Membership Vote?
At the same time, the results of the legislative vote, which currently have Eurosceptic parties in the lead, indicate the country’s critical attitude toward the European Union.

Italy's parliamentary elections were held on Sunday. According to the results, two Eurosceptic parties received the majority of votes, while the pro-European ruling Democratic Party (PD) did not manage to receive even 20 percent of the vote.

Matteo Salvini's far-right Lega (formerly Lega Nord), a party which criticizes EU policies and has anti-immigrant views, surpassed its main coalition ally, the establishment Forza Italia party of former Prime Minister Silvio Berlusconi, with almost 18 percent of the vote. The center-right coalition, which also comprises right-wing Brothers of Italy and the Us with Italy party, is currently winning with 37.5 percent of the vote. However, in order to have the right to form the country's government, the coalition should receive at least 40 percent of the vote.

Lavarini told Sputnik that he expected his party to fill in the interior or defense minister positions in addition to several deputy minister posts in the right-wing coalition government that may be formed after Sunday’s parliamentary elections.

© AP Photo / Luca Bruno
The Results Are In: Center-Right Coalition Projected to Dominate in Italy
According to the politician, even though the party was hoping for better results than the 4.5 percent it received in Sunday’s general election, it would play a "fundamental role" in the next Italian government as a coalition partner.

On Sunday, the center-right coalition, consisting of Lega, former Prime Minister Silvio Berlusconi's Forza Italia, right-wing Brothers of Italy and the Us with Italy party, won 37.48 percent of the vote in the upper house and 36.96 percent in the lower house. Lega won more than 17 percent of seats in each chamber of the Italian parliament. The anti-establishment Five Star Movement (M5S) is leading with over 32 percent — the best result achieved by any individual party.

Is Italy Headed for Its Own EU-Membership Vote?