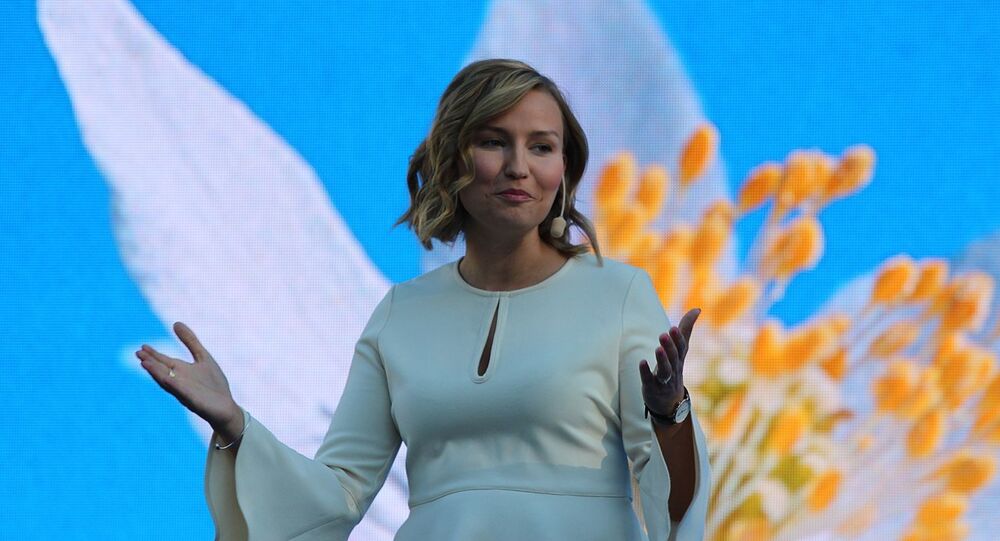 Swedish Christian Democrats leader Ebba Busch Thor stressed the importance of common values, arguing that the recent refugee influx had caught the Nordic nation unawares; as she put it, her country has been devoted to "dissolving the norms" instead of stressing the importance of uniting ethics.

The Christian Democrats (KD) party convention held in the light of the upcoming general election in Sweden has kicked off with a speech by party leader Ebba Busch Thor, in which she stressed the importance of Judeo-Christian values, on which "the entire Western world is built," the Swedish newspaper Aftonbladet reported.

Busch Thor linked the lack of a public debate on values to the recent wave of asylum immigration to Sweden.

After the speech, the KD leader further expanded her reasoning, by detailing some of the inherently Swedish values, above all equality.

"People who come here should aim to become a part of Swedish society and become Swedish. In doing so, there must be a common set of values that apply to everyone, and that deals extensively with the view of men and women, for example, that we are all equal," the Christian Democrats leader said.

READ MORE: When in Stockholm: Immigrants to Be Drilled About 'Swedish Norms and Values'

Bush Thor stressed that immigrants are indeed welcome to "import" values from their home cultures, but not just any values.

"When they come in a collision course with the values that apply here, it must be clear which have superiority. It's when we are not clear about it, we get discussions about child brides, polygamy and segregated swimming hours," Busch Thor said, referring to divisive issues that have caused a rift in the increasingly multicultural Swedish society.

According to Busch Thor, Swedish society doesn't dare to launch a sufficiently profound discussion on values, which she attributed to the "large refugee wave" that caught the Nordic nation unawares. Busch Thor stressed that the values the newcomers should learn to accept are not necessarily the ones mandated by law. "Society is not held together by laws and regulations alone," she emphasized.

"We used to have an intense discussion about how to dissolve the norms, but we spoke very little about the good values and norms around which we should all unite. It has caused us to be ill-prepared when some of those who have come here in recent years wanted to usher in other values that oppress other people in need of a sanctuary," Busch Thor said.

According to the Christian Democrats leader, the responsibility for the current situation is shared between the newcomers and the "old Swedes." Busch Thor ventured that failure to explain some of the good values has resulted in xenophobia as well as given rise to Islamization.

​The Christian Democrats Party (KD) was founded in 1964 and first entered parliament in 1985. Historically, a large part of its voter base lay with evangelical fellowships and like-minded Lutherans. Its best electoral performance was the 11.8 percent it garnered in 1998, when the "red-green" parties united to bring home a slim victory. Ebba Busch Thor has led the party since April 2015. Busch Thor was born to a Swedish mother and Norwegian father. Following her nomination, many senior Christian Democrats expressed their dissatisfaction with what they perceived as the party drifting to the right.