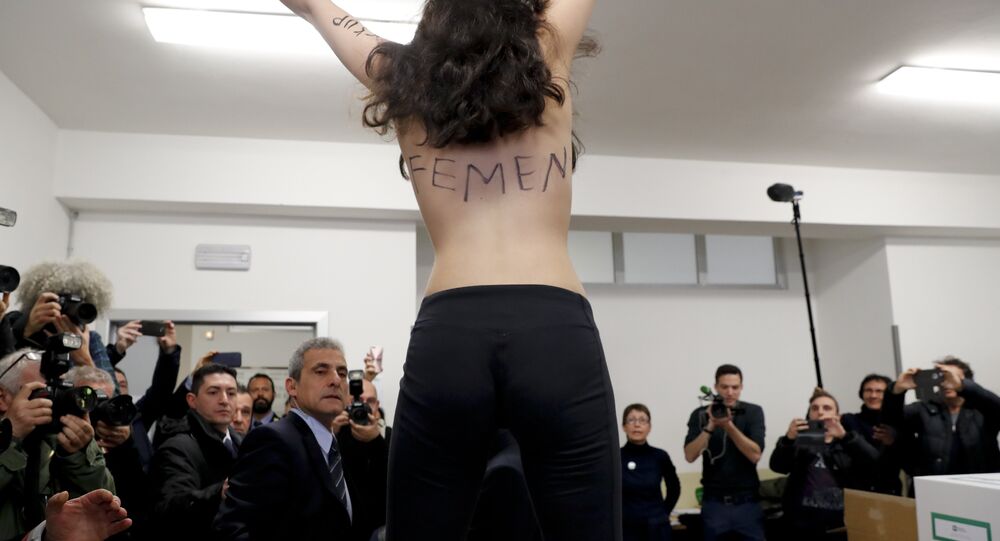 As Italian renowned politician Silvio Berlusconi showed up in Milan to do his civic duty by voting during the March 4 elections in Italy, he was visited by a Femen activist who reminded him of his alleged controversial career's history.

The Femen protester leaped up on a table as the former prime minister entered the room and yelled, "Your time is up, Berlusconi!" Although security officers quickly escorted her away, her point was made as the video of the event quickly went viral.

Berlusconi, a media tycoon and leader of the Forza Italia political party, did not overtly react, speedily casting his ballot and departing.

Berlusconi's center-right party, alongside his allies on the far right were expected to win most seats although falling short of a majority.

The veteran of Italian political stage, reportedly noted for his strongman style of authoritarianism, was convicted of tax fraud in 2013.

Meanwhile, Berlusconi is actively engaged in the parliamentary election campaign, however, the politician himself is barred from holding public office over his tax fraud conviction.

However, Head of the Forza Italia party, told ANSA news agency in February that he would be "willing" to run for the post of the prime minister after his ban expires in 2019.