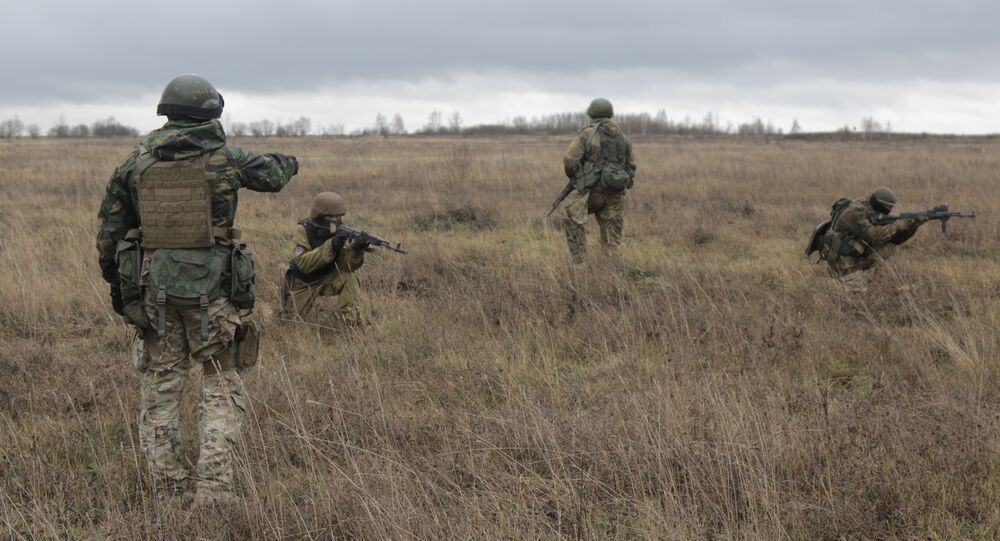 While Washington ostensibly supports the peaceful resolution of the Ukraine-Donbass conflict, new revelations - if true - do not add to these claims and on the contrary seem to be in sync with the approval of sending US weapons to Kiev.

The Swiss newspaper Le Temps has reported about scores of US and Canadian instructors training Ukrainian servicemen at the former Soviet firing range Yavorov in western Ukraine.

The newspaper described a 26 kilometer (16 mile)-long and 19 kilometer (11,8 mile)-wide firing range as one of the most secret places in Ukraine, where the country's soldiers have been trained by foreign instructors since 2015.

The main goal of training is to significantly improve the qualification of Ukrainian army personnel, which will allow them to adapt more quickly to NATO standards and learn how to fight better, according to Le Temps.

Conducted on a permanent basis, training is based on the principle of permanent drills, which continue until the Ukrainian servicemen will be able to handle a mission against a simulated enemy.

The newspaper cited one of the Canadian instructors as saying that right now, Ukraine is not ready to join NATO and that it is unlikely to do so in the next fifteen years.

In the past three years, the Yavorov firing range has become a permanent base for about 200 American and 250 Canadian servicemen for whom barracks, dining rooms and gyms were specially built.

About 6,000 Ukrainian servicemen, including those who took part in the armed conflict in eastern Ukraine's Donbass region, have been trained at Yavorov since 2015.

© AP Photo / Efrem Lukatsky
'Entirely Defensive in Nature': US Agrees to Provide Lethal Aid to Ukraine
The military conflict in Ukraine has been in place since 2014, after Donbass residents refused to recognize the new Ukrainian government, which had come to power following the forceful ouster of the country's elected president.

Earlier this week, the Pentagon's arms exporting agency announced that the US State Department has approved the sale of hundreds of Javelin anti-tank missiles and missile launch units to Kiev, in a deal worth at least 47 million dollars.

In late December, US State Department spokeswoman Heather Nauert said Washington planned to provide Kiev with military assistance, which she claimed would not violate the Minsk peace accords on the ceasefire in eastern Ukraine.