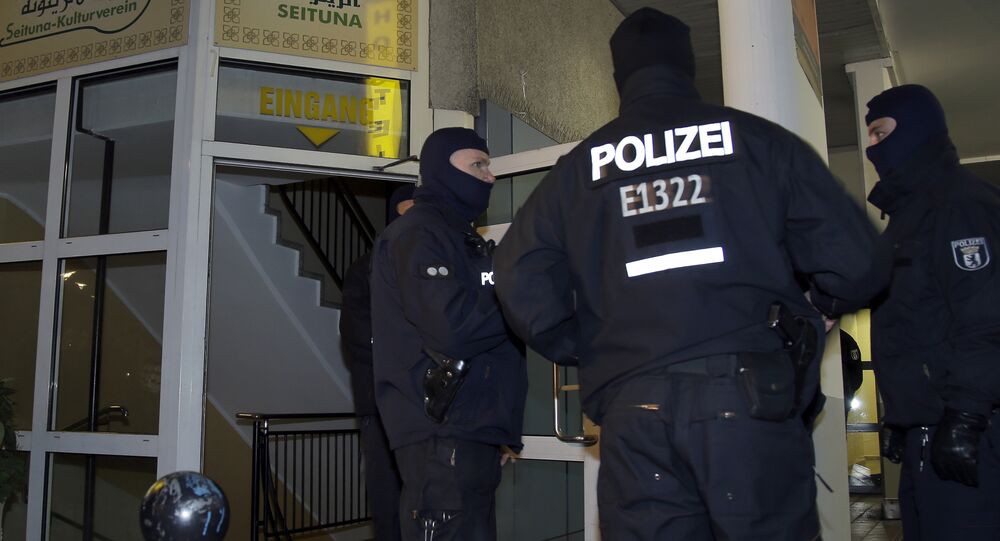 MOSCOW (Sputnik) - The German police detained one of the Islamist radical leaders in the airport of Frankfurt on suspicion of complicity in a serious act of violence threatening the state, local media reported on Saturday, citing police's confirmation.

Bilal Gumus, aged 28, was detained when he was preparing to depart to Turkey’s Istanbul, the Frankfurter Allgemeine Zeitung newspaper reported.

More than 1,800 potential Islamist terrorists are currently living in Germany, President of Germany's Federal Office for the Protection of the Constitution (BfV) Hans-Georg Maassen said in October. The terrorism of Islamist nature is the biggest threat for Germany at the moment, according to the official.

Germany has been on high terror alert after a string of Islamist-linked attacks, with the deadliest one having occurred in December 2016, when Daesh member Anis Amri drove a stolen truck into a crowd at a Berlin Christmas market, killing 12 people and injuring 48 others.

In 2017, the jihadism terrorism in Europe has taken a new shape, as a wave of vehicle rampages and stabbing massacres stroke not only Europe’s largest cities, such as Stockholm, Manchester, London, Barcelona and Paris, but also its once quiet and peaceful towns, such as Finland’s Turku. In an attempt to mask its losses in Syria and Iraq, the Daesh terror group incites lone actors and groups to change their modus operandi toward attacks requiring lower organizational capabilities in order to maximize their number and overall impact.