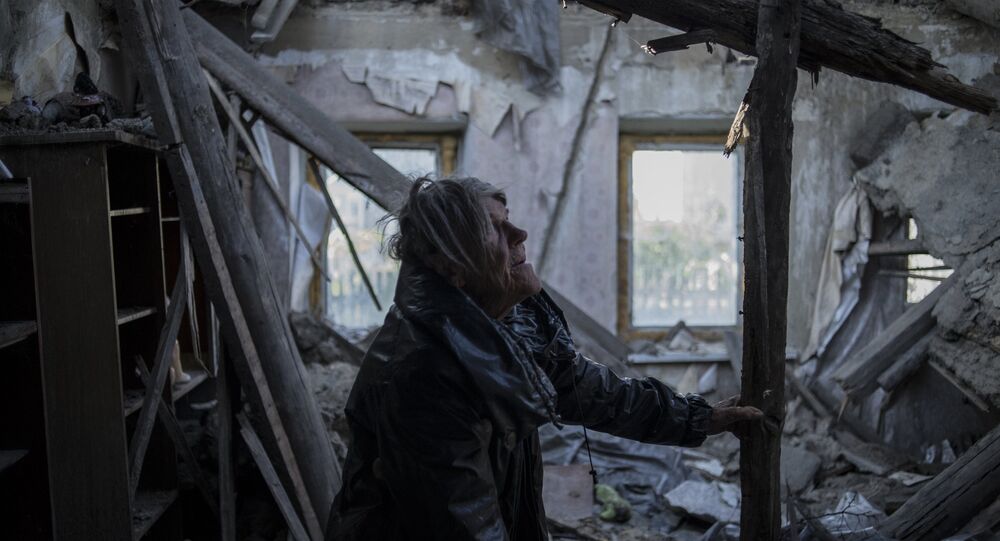 The explosive device was in the parking lot near the residential buildings, the head of the Voroshilovskiy district administration of Donetsk, Vladislav Latyntsev, told reporters on Saturday.

An explosion occurred at about 3.00 p.m. in a courtyard in Donetsk; according to preliminary data, one person was injured and several cars were damaged, RIA Novosti reports.

According to a representative of the Voroshilovsky district administration, one person was injured.

"As we can see, the source of the explosion was between the cars," he said.

Donetsk is the capital of the self-proclaimed Donetsk's People's Democratic Republic, which has sought since 2014 to gain independence from Ukraine. Ukrainian authorities launched a military operation in April 2014 against the region and its neighbor, the self-proclaimed Lugansk's Democratic Republic, which both declared independence after the February 2014 coup d'etat. According to the latest UN data, the conflict has cost the country more than 10,000 lives since its outset.

The settlement of the situation in the Donbass region is being discussed during the meetings of the Minsk contact group, which since September, 2014 has already adopted three documents regulating steps to de-escalate the conflict. However, after the armistice agreements between the parties to the conflict, shootings continue.