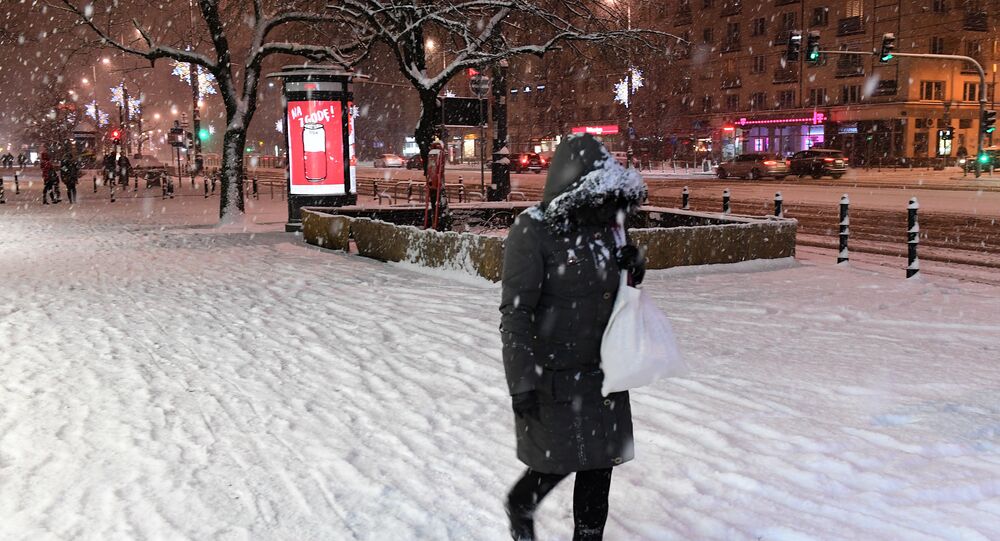 The number of victims continues to grow in Poland, as the country shivers amid cold air masses from Scandinavia. The air temperature rarely rose above minus 10 degrees Celsius during the day and at night temperatures have fallen as low as minus 20, sometimes reaching the minus 30-degree mark.

More than 60 people have died of hypothermia in Poland since the beginning of the freezing weather, according to the government security center.

Within a week of the extremely cold weather that hit Poland on February 23, 26 people died.

Poland's Institute of Meteorology and Water Resources decided not to cancel the first level warning in the country. Meanwhile, forecasters predict that in the coming days, the bitter cold will ease off.

© AFP 2019 / Daniel MIHAILESCU
Freezing Weather Fails to Deter Romania Protests as Political Temperature Rises
Recently, Poland has experienced its coldest weather yet this winter. The daytime temperature in most regions does not rise above ten degrees below zero.

All Europe has been hit by snowstorms and abnormally low temperatures, the cold snap nicknamed "The Beast from the East," as the Arctic cyclone Hartmut came from Russia. In Rome, the first snow in six years paralyzed the city, while in Dolina Campoluzzo in northern Italy, air temperatures have plummeted to minus 40 degrees Celsius. In France, the freeze has already taken several lives and the temperature in the central regions of Germany has dropped to —20°C.