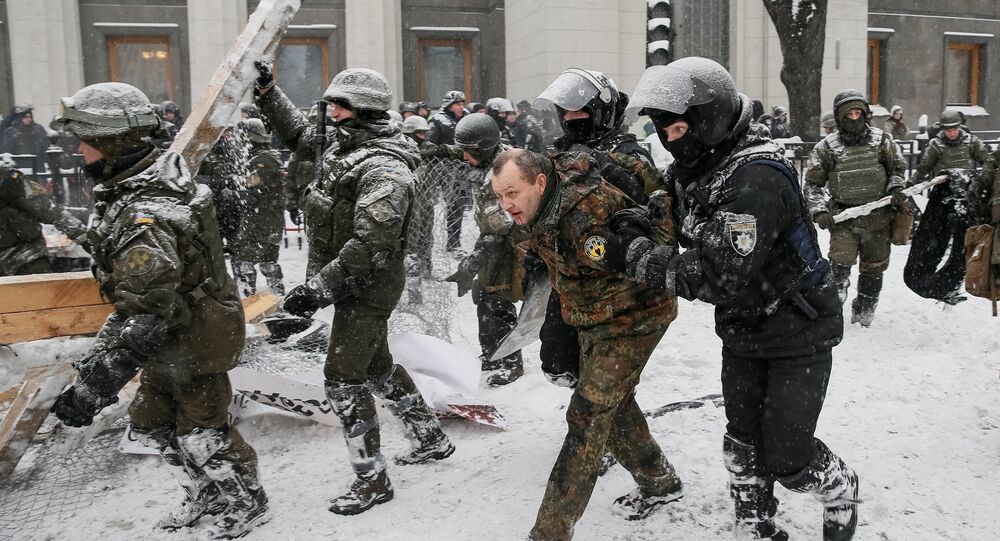 KIEV (Sputnik) - Police in the Ukrainian capital of Kiev have detained 100 people on Saturday as a result of clashes between the police and protesters at the Ukrainian parliament, with at least six protesters and four policemen injured, police spokesman Andriy Krischenko said.

Police in Kiev raided the tent camp in front of Ukraine's national legislature, clashing with Mikhail Saakashvili's supporters; the former Georgian President was briefly governor of Ukraine's Odessa region before resigning. Saakashvili was a regional governor in Odessa between 2015 and 2016.

"As of now there is information about six people from the camp who have asked for medical aid. Four policemen have been injured, A total of 100 people have been detained," Krischenko said as aired by the 112 Ukraine TV channel.

On Saturday morning, the police came to the camp of protesters near Ukraine's parliament building in Kiev o carry out searches, but faced resistance, which turned into clashes with police officers.

The investigative team working at the scene found two objects in the campground, similar to fragmentation grenades.

And you thought it was over?
Police clashes with anti-government protesters in the center of Kiev. #Ukraine pic.twitter.com/6RphigUaNK