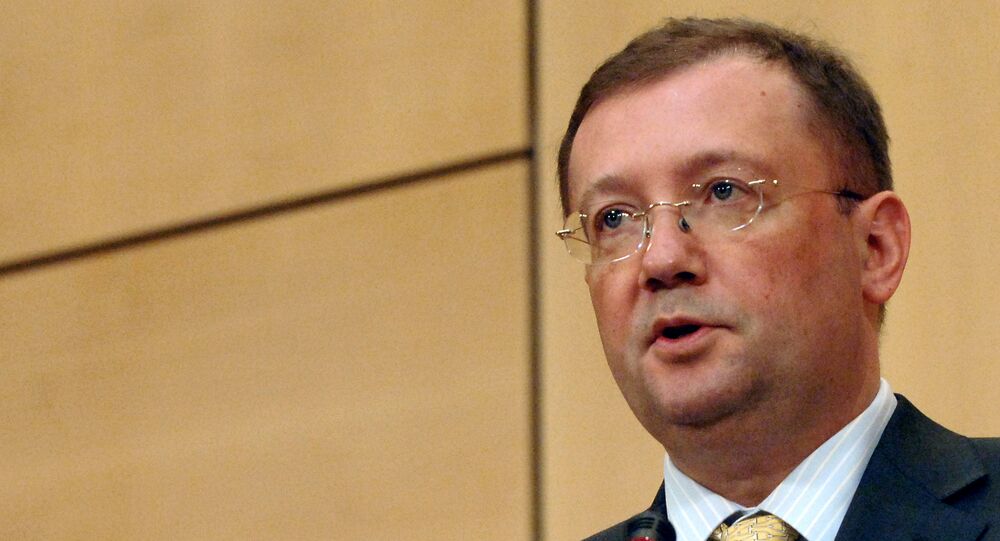 LONDON (Sputnik) - Russian Ambassador to the United Kingdom Alexander Yakovenko has sent a letter to UK Foreign Secretary Boris Johnson, asking the top UK diplomat to clarify his statements about the possibility of conducting airstrikes against Syrian government troops, a spokesperson for the Russian embassy told Sputnik.

"Such presentation of a problem raises concern. Armed aggression against Syria's legitimate government would be a blatant violation of international law with all its possible consequences for London's international positioning. If Johnson's statement is in line with the UK plans, then London is once again showing disrespect to international law and an absence of interest in the settlement of the Syrian conflict on the basis of UNSC resolutions 2254 and 2401," a spokesperson for the Russian embassy said, commenting on the letter.

According to the embassy's press service, if Johnson's words were about the threat of using force, then such developments were not in line with the political settlement efforts and were distancing the prospects of finding a solution to the conflict in Syria "by sending the wrong signal to armed opposition and terrorists."

On Tuesday, Johnson said that he had not ruled out the possibility of carrying out airstrikes on Syrian government forces if there were "incontrovertible evidence of the use of chemical weapons."

"If we know that it has happened, and we can demonstrate it, and if there is a proposal for action where the UK could be useful then I think we should seriously consider it," Johnson told BBC.

Damascus has repeatedly denied allegations of chemical weapons use, underscoring that it had no weapons of mass destruction, which was confirmed by the Organization for the Prohibition of Chemical Weapons (OPCW).