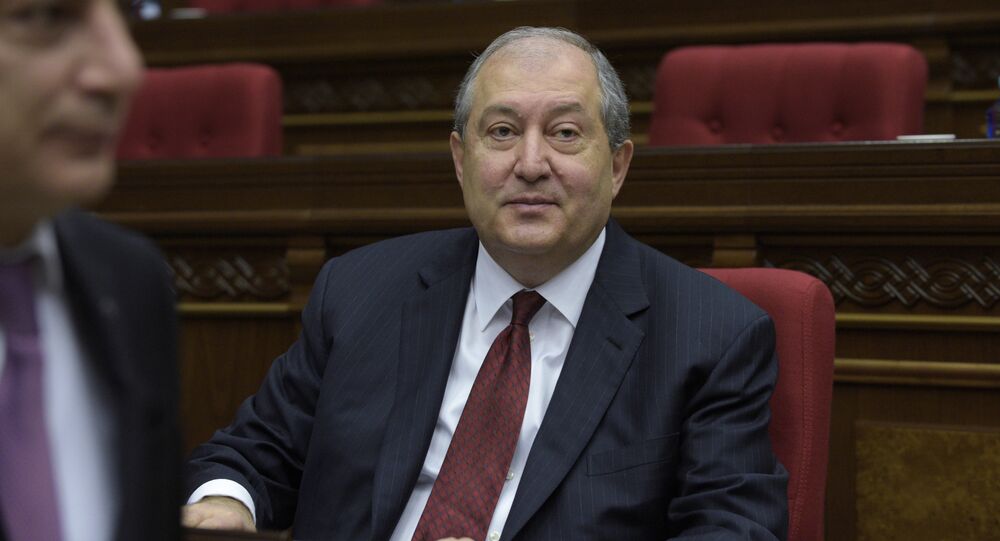 “Ninety lawmakers voted for Sarkissian, 10 voted against. Therefore, he is elected the president of Armenia,” Melikyan told a plenary meeting.

In total, 101 lawmakers cast their votes, one ballot was declared invalid.

© AP Photo / Christian Hartmann,Pool
Armenia Scraps Deal to Normalize Relations With Turkey - President's Spokesman
Sarkissian, who once served as the Armenian ambassador to the United Kingdom and the country's prime minister, was elected to serve a seven-year term.

After the new president assumes the office, the process of Armenia's transition to a parliamentary form of government will be completed. The power in the country will be concentrated in the hands of the legislature and the government, while the functions of the president will be representational.