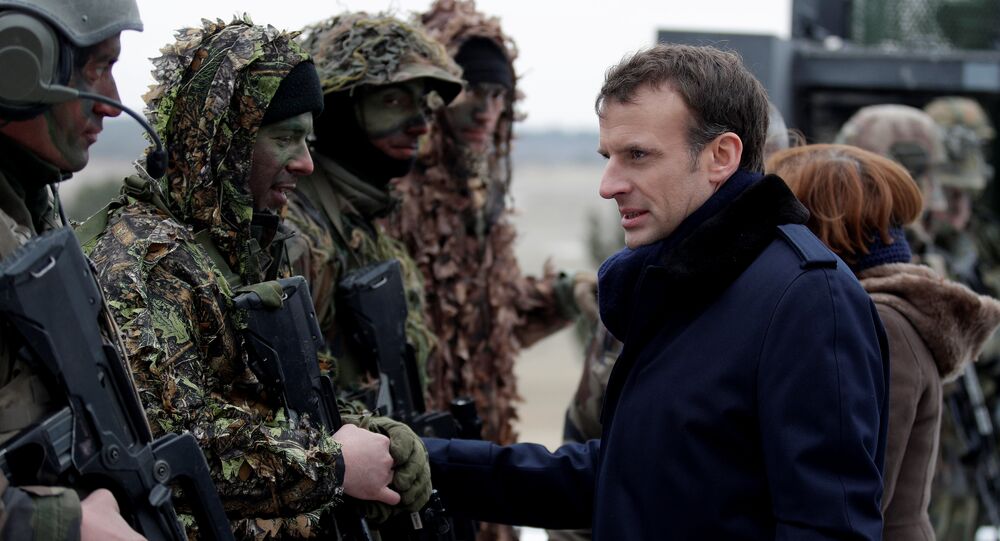 PARIS (Sputnik) - The majority of French citizens (60 percent) advocate the return of compulsory military service for a period of 3-6 months, a poll conducted by the YouGov France public opinion research center showed on Thursday.

According to the survey, 28 percent of respondents oppose the compulsory military service, while 13 percent of interviewees were not sure how to answer.

The poll has also found that the majority of the French citizens (52 percent) supported the service in civilian organizations, while another 66 percent of respondents said they would prefer to carry national service once rather than in several stages.

© AP Photo / Francois Lenoir, Pool Photo
Macron Pledges to Modernize France's Nuclear Deterrent Forces
In mid-January, French President Emmanuel Macron pledged to fulfill his campaign promise to introduce compulsory military service in the country. According to Macron's national service program, conscripts will be allowed to carry service not only in military units but also in civilian organizations that directly or indirectly linked to ensuring security or public order in the country.

The program, whose implementation, according to various estimates, might require 30 billion euros ($36.5 billion), also provides for dividing the period of service into three stages.