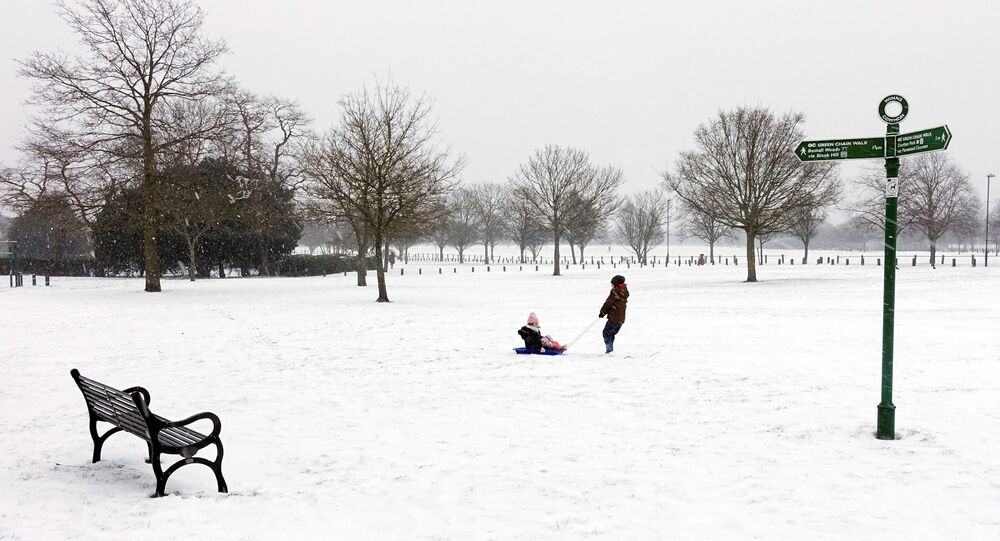 Great Britain has been shivering for four days of snow and sub-Arctic temperatures as a bitterly cold wind dubbed "the Beast from the East" swept in from Siberia this week.

The UK's National Grid says it needs to buy gas in order to meet the demand amid severe drops in temperature and gas supply irregularities that have raised consumption levels to a five-year high. Earlier, the company published another warning after the day's forecast originally showed a shortfall of 49.5 million cubic meters below the country's projected need of 395.7mcm per day.

Update 1/2: Due to the extremely cold weather we are seeing very high demand for gas so this morning we issued a “Gas Deficit Warning” which is a notice to the gas market that we would like more gas to be made available. This is a situation that we are always prepared for.

​"We are in communication with industry partners and are closely monitoring the situation," the NG said.

Heavy snowfall and unprecedented cold temperatures following the arrival of the "Beast from the East" polar whirlwind and the storm Emma have forced people across the UK to fire up their heating.

The British Met Office has issued several warnings to the British people, explaining the situation and advising not to travel unless the journey is essential.

Three separate Amber severe weather warnings for snow are in force for parts of Scotland, Northern Ireland, England and Wales.

We know it can be a difficult choice to take a day off work, especially if you suffer financially, however unnecessary travel during weather warnings are extremely dangerous pic.twitter.com/zl61eRU9Mt

Hundreds of schools have been closed, dozens of flights and train services have been canceled and a number of serious crashes have been reported as heavy snowfall hits the UK. Twitter users are posting photos commenting on the unusual, snowy weather conditions.

Last year, a "perfect storm" of energy supply crisis made Great Britain import gas from Russia, despite London's role in a series of strict sanctions that were supposed to cripple the Russian energy industry.