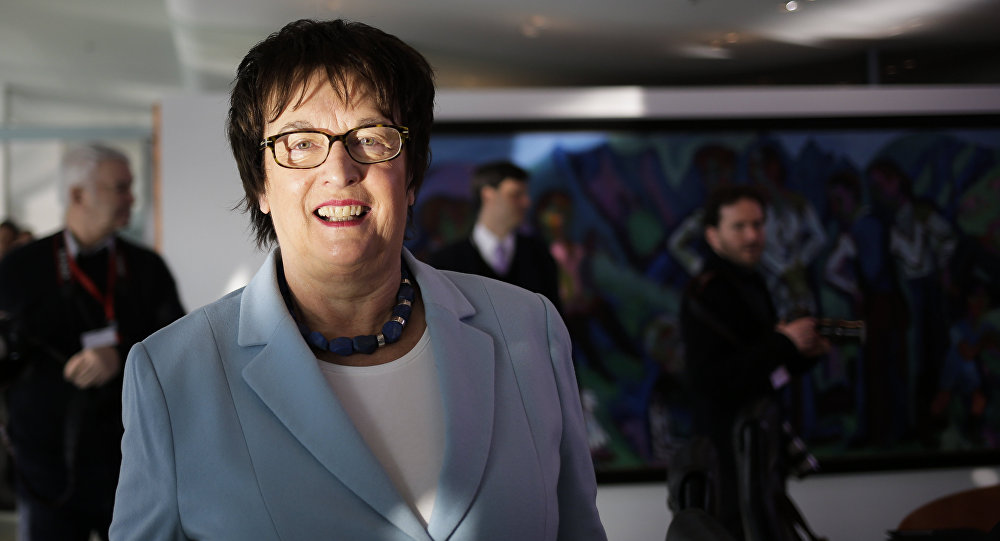 BERLIN (Sputnik) – Berlin aims to strengthen relations with Russia in various areas, including the economy, where ties have already improved recently, Brigitte Zypries, the German federal minister for economic affairs and energy, said.

"Our goal is the improvement of relations, including those in the economic area, and this has already been partially achieved," Brigitte Zypries, the German federal minister for economic affairs and energy said at the opening of a conference devoted to Russia's role in the global production, organized by the German Chamber of Commerce and Industry.

The negative trend in German-Russian trade turnover, which has been predominating over the past few years due to economic difficulties in Russia, has been subdued in 2016, while in 2017, an increase of bilateral turnover can be observed, the German minister stated.

"However, stable development is more important than the onetime significant growth," Zypries stated, noting that German organizations have "significant interest in supporting the Russian economy."

Russian relations with the EU member states, particularly Germany, have deteriorated after the Ukrainian crisis and Crimea rejoining Russia as a result of the referendum in 2014, which was not recognized by the West.

Moscow has repeatedly expressed readiness to restore all the channels of dialogue with the European Union.

In February, Russian Foreign Minister Sergey Lavrov said that Moscow had demonstrated its readiness to cooperate with the bloc without preconditions.

Choose Your Poison: Half of Partiers in Berlin Use Amphetamines or MDMA - Survey