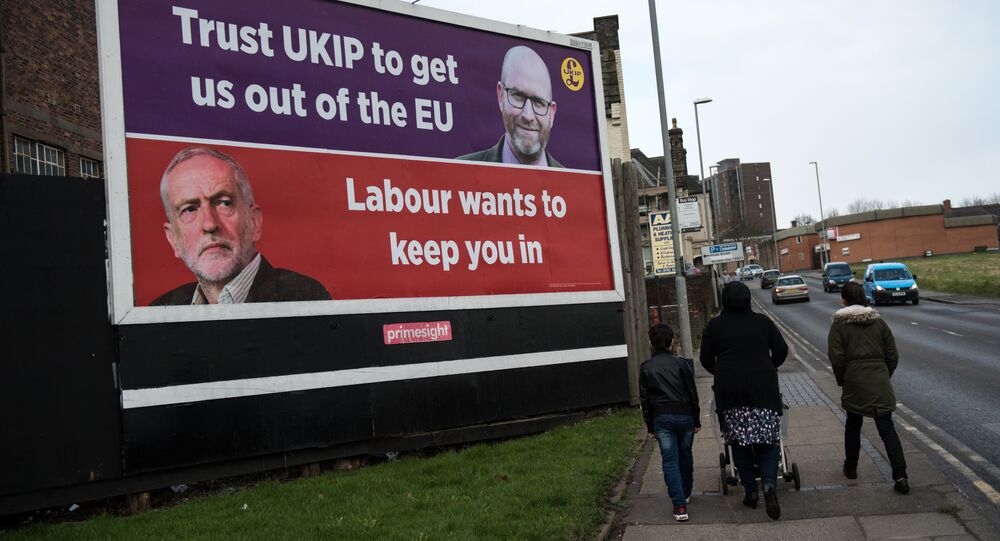 The issue of Northern Ireland’s post-Brexit relationship with the European Union has emerged as a primary stumbling block to negotiations, with more and more UK politicians claiming that the European Union is using the matter to hinder the process.

Interim leader of the UK Independence Party (UKIP) Gerard Batten said the European Union is attempting to divide Britain in a bid to undermine the UK's decision to leave the EU.

Gerard Batten also warned that the EU is using the matter of Northern Ireland's post-Brexit trade deal and border with the Republic of Ireland to complicate negotiations, and insisted the European Commission should not try to harm the relationship between Northern Ireland and the rest of the UK.

"Every party in Northern Ireland, Great Britain and the Irish Republic, along with both governments have said they wish to avoid a hard border. The only party saying they will put a hard border in place is the European Commission, ie Michel Barnier. The European Commission must not be allowed to annex Northern Ireland or put a disruptive hard border in place," Mr. Batten was quoted as saying in an official UKIP press release.

Mr Corbyn wants to maintain close ties with EU but thinks he can pursue socialist policies when the EU represents the interests of intl business & intl finance.He really doesn’t get it. pic.twitter.com/xIca5ebbQn

​The foreign secretary, Boris Johnson, has also argued that the EU is using Northern Ireland to keep the UK locked in its customs union and "effectively the single market."

Britain's Labour Party has suggested a solution to this issue, which was reiterated by the Shadow Brexit Secretary, Keir Starmer, on Wednesday, February 28.

"Jeremy Corbyn was clear at the start of the week that Labour would seek to negotiate a new comprehensive UK-EU customs union to help avoid any need for a hard border in Northern Ireland," Mr. Starmer said.

Corbyn has repeatedly criticized UK Prime Minister Theresa May's handling of Brexit negotiations, and again did so yesterday in the House of Commons during the weekly Prime Minister's Questions session.

The Government is so divided, the Prime Minister is incapable of delivering a coherent and decisive plan for Brexit. #PMQs pic.twitter.com/VbHOtHJHAQ

The UK is scheduled to formally leave the European Union and enter a transitional period in late March, 2019. The EU wants this transitional period to last until the end of 2020, while the UK wants around two years or more to allow businesses time to get acquainted with the new arrangement.

Batten, who is a member of the European Parliament, assumed leadership of UKIP after Henry Bolton was ousted from the party due to growing controversy over racist comments made by his girlfriend about Prince Harry's fiancée Meghan Markle. An internal election is scheduled to be held in due course to choose a new leader.