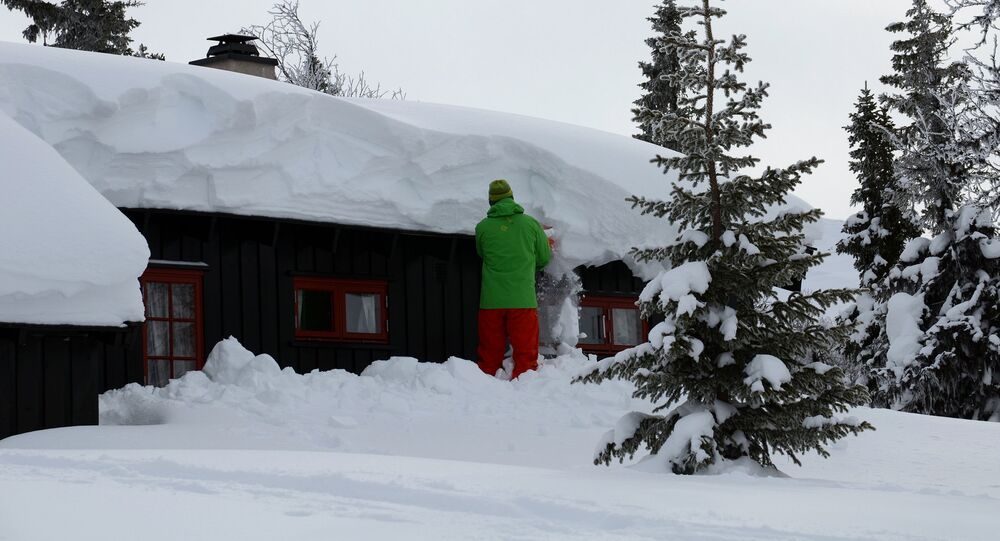 The rare weather phenomenon has emptied the Nordic country's wood reserves and has been described as having a "vacuum cleaner-effect" on stores, prompting consumers to travel far and wide to meet their demands.

Suppliers in parts of Norway are completely out of wood amid an unprecedented wave of cold that has swept swaths of Europe, national broadcaster NRK reported.

A strong cold front from Siberia, which is said to have resulted in the coldest winter in the past 60 years, with the quicksilver plummeting below 30 degrees in parts of the country, which generally enjoys a relatively mild winter owing to the Gulf Stream. The onslaught of cold has led to an explosion of photos hashtagged #sibirkulde ("Siberian cold"), but also boosted wood sales to an unparalleled level, resulting in drastic shortages across the nation.

"We are calling around and trying to procure what we can from suppliers, primarily through the agreements we have, but the current status is that everyone is empty," Svein Jensen, manager of Coop Midt-Norge, told NRK.

So far, Coop has already sold 40 percent more this season than it did during the whole of last winter. To illustrate the demand exceeding the supply, the batch of 1,760 40-liter sacks of wood received in Lade, Trondheim on Saturday, was sold out by noon the very same day.

"It was almost like a vacuum cleaner, it was gone right away," Coop Lade manager Rune Bakken explained.

Bakken has noted a change in consumers' habits in recent years. Instead of stocking up in the autumn, buyers tend to spontaneously buy out the shops when the cold sets in. He also noted that there are fewer and fewer domestic producers, which makes it harder to meet the spur-of-the-moment demand at short notice. This season alone, the warehouse has received 160 truck deliveries of wood, mainly from the Balkans.

The demand for wood has skyrocketed in other parts of Norway, including Hordaland, prompting consumers to travel far and wide to procure the coveted amount of fuel. According to Trond Fjørtoft, who runs the Kortreistved website, described as "the Uber of wood delivery," the Oslo department has seen an "insane" rise of orders from Bergen, located almost 500 kilometers away.

Although Norway is renowned for its dense forests, prices and environmental policies make it difficult for the Norwegian forest industry to compete, which, in turn, makes the Nordic country increasingly reliant on supplies from Russia, the Baltic States and neighboring Sweden.

At the same time, the Norwegian forests are growing like never before, their volume having tripled in the past 90 years. Today 37 percent of Norway's land area is covered by forest, but the Nordic nation still imports tons of wood from abroad, which is problematic, according to Trond Bjørkås of the Norwegian Agrarian Association.

"Locals cannot compete with imported goods, and this is regrettable," Bjørkås told NRK.

Magne Pedersen, general manager of the Salten skogservice company, conceded that it was indeed paradoxical for Norway to buy wood from China, while leaving its own forests untouched.

​"Ready for ice fishing in Bjørnefjorden! Have never seen anything similar before. Regards from 46 year old west-coaster."