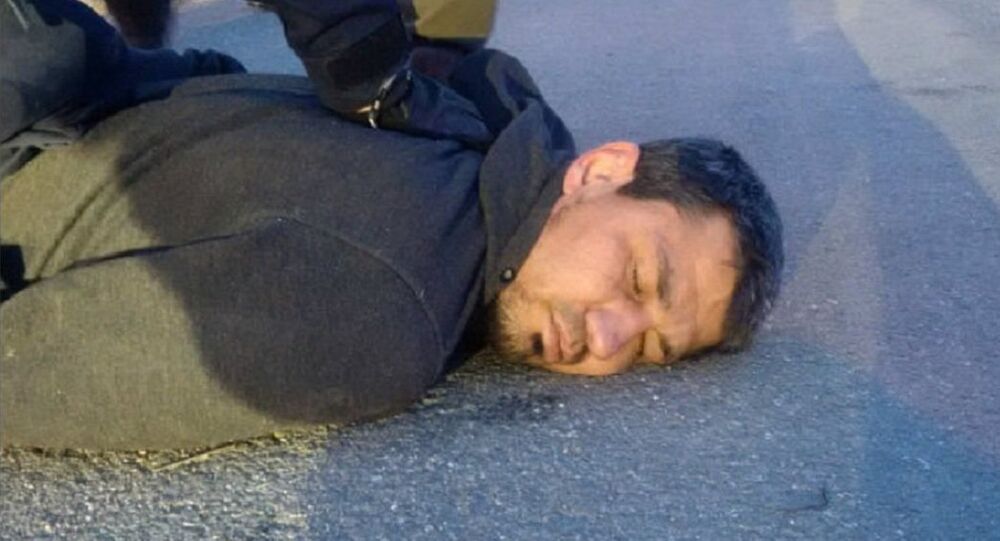 The posters spread by the jihadi extremists call on the "faithful" to perform similar attacks to the 2017 Stockholm one, which left five people dead and 14 seriously injured. "Hit them with a truck. Kill all!" is the message.

A pro-Daesh group called Muharar al-Ansar has spread a series of online posters as an answer to Uzbek terrorist Rahmat Akilov being put on trial in Stockholm for the deadly truck attack, the Swedish news outlet Samhällsnytt reported.

The posters, available in English and Arabic, encourage would-be jihadists to conduct terrorist attacks employing a variety of methods and weapons and include advice on how to slay as many people as possible. Festivals and large crowds are recommended as appropriate targets. One of the posters features the US White House in flames, whereas another one shows the front of a white cargo truck similar to that used to kill 86 people in Nice, France, in 2016.

"Hit them with a truck," the poster declared. "Kill them all."

Furthermore, Akilov, an Uzbek national, who rammed a pedestrian street in central Stockholm using a stolen beer truck in April 2017, was hailed as "mujahid," that is a person engaged in Jihad, and "martyr."

© AFP 2021 / Jonathan NACKSTRAND
Sweden Joins Other Scandinavian Nations in Getting Tough on Terrorists
During the recently started trial, Akilov, who earlier confessed to having committed the attack "in consultation with Daesh representantives," claimed he wanted Sweden to cancel its participation in the "battle against the caliphate" and its contribution to the fight with "giant sums of money." When behind bars, Akilov reportedly did "Hitler salutes" and user racial slurs against prison staff.

Akilov, who reportedly swore allegiance to Daesh in a video recorded one day before the attack, also said his goal was to "kill Swedish citizens." However, he also admitted that his motive was to hurt tourists as well, the Expressen daily newspaper reported.

According to the prosecution, Akilov's initial goal was to attack the "gay parade on May 1." As it appears from his chats and google searches, he originally planned to use a bomb belt.

The fact that Akilov was an illegal immigrant rejected by the Swedish asylum system and pending deportation has sparked a lot of controversy in the country. According to Tomas Brandberg of the Samtiden portal, the Migration Board therefore has "blood on its hands." Akilov had a Polish visa and, according to Swedish law, should have been referred to Poland for an asylum investigation, Brandberg stressed.

It was also established that Akilov had previously worked for the family of a renowned Swedish comic, Özz Nûjen, and was paid SEK 85,000 for miscellaneous renovation work, the Aftonbladet daily reported.

Akilov, the terrorist who murdered 5 people with a truck in Sweden Stockholm last year is shown here in court papers that he only paid SEK 50 ($6) for dental health care — Because he was an asylum seeker.

Meanwhile ethnic Swedes usually pay much more than that for dentists. pic.twitter.com/XILWFdToM9