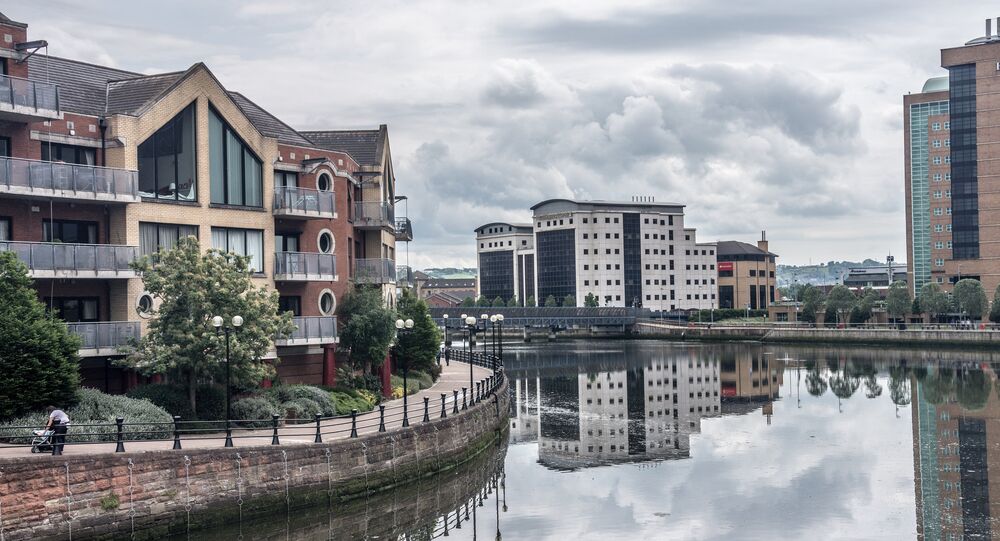 Agreeing on a new comprehensive customs union with the European Union would betray the vote of the UK people on Brexit, UK Prime Minister Theresa May said Wednesday.

"I heard a speech earlier in the week, which I believe was given by the Labour leader on the subject, where he said that he wanted Labour to negotiate a new comprehensive customs union, that would mean we couldn’t do our own trade deals, and would actually betray the vote of the British people," May told the House of Commons.

According to the prime minister, the draft legal text on Brexit published by the European Commission would threaten the constitutional integrity of the United Kingdom if it were implemented.

"The draft legal text the Commission has published would if implemented, undermine the UK common market and threaten the constitutional integrity of the UK by creating a customs and regulatory border down the Irish Sea, and no UK prime minister could ever agree to it," May told the House of Commons.

The draft Withdrawal Agreement stipulates the establishment of a common regulatory area without internal borders, covering both the Republic of Ireland and Northern Ireland, in this option, Northern Ireland would follow EU rules.

"First of all we do stand by the commitments we made in December and we are going to work, the negotiating team will be working with the Commission to see how we put that into legal text in the Withdrawal Agreement. Part of that agreement was of course is that we will see no hard border between Northern Ireland and Ireland. Another part was as the honorable gentleman had said that there would be guaranteed access to Northern Ireland business to the United Kingdom market," May stressed.

At the same time, EU negotiator for Brexit Michel Barnier said earlier in the day that the European Union and the United Kingdom need to "pick up the pace" if they wanted Brexit negotiations to be a success.

"If we wish to make a success out of these negotiations, and I certainly do, we must pick up the pace," Barnier told a press conference.

According to Barnier, the EU and the UK needed to complete the work on all issues regarding Brexit, including that of Ireland, this autumn.

"The timeline for this question, as with the other questions related to the orderly withdrawal is this autumn, I can’t say exactly the date, start of October-end of October-beginning of November … We need to complete work on all subjects, including the question of Ireland, by then," Barnier said.

The statement comes amid the publication of a draft text of the Brexit agreement.

The European Union's draft Brexit treaty stipulates the establishment of a common regulatory area without internal borders, covering both the Republic of Ireland and Northern Ireland.

"A common regulatory area comprising the Union and the United Kingdom in respect of Northern Ireland is hereby established. The common regulatory area shall constitute an area without internal borders in which the free movement of goods is ensured and North-South cooperation protected in accordance with this Chapter," the draft document reads.

The document envisages that the UK authorities should be guided by the Court of Justice of the European Union in interpreting the agreement.

"In the interpretation and application of this Agreement, the United Kingdom's judicial and administrative authorities shall have due regard to relevant case law of the Court of Justice of the European Union handed down after the end of the transition period," the document reads.

The draft further specified that the Joint Committee responsible for the implementation and application of the agreement.

Speaking further, Barnier said that he would meet with Northern Irish political leaders next week to discuss Brexit-related issues.

"All these issues on behalf of the 27 [EU members] I will continue the dialogue with the political leaders of Northern Ireland. I will meet Michelle O'Neill [Sinn Fein leader], Arlene Foster [Democratic Unionist Party leader] early next week," he told a press conference.

Commenting on the ongoing Brexit talks, UK Foreign Secretary Boris Johnson said Wednesday that the Northern Ireland border issue was being politically used in order to hinder the Brexit process and keep the United Kingdom in a customs union with the European Union.

"The issue of the Northern Ireland border is being used quite a lot politically to try to keep the UK in the customs union and effectively the single market, so we can't really leave the EU," Johnson told the Sky News broadcaster.

Johnson's comments followed a leak of his letter to UK Prime Minister Theresa May, obtained by Sky News, in which he stated that it was "wrong to see the task as maintaining 'no border'" on Ireland after Brexit and that the government's task would be to "stop this border becoming significantly harder."

"What the letter says is that actually there are very good solutions we could put in place that would prevent any kind of hard border, but would allow goods to move freely, without let or hindrance, whilst allowing the UK to come out of the customs union," Johnson said, commenting on the letter.

On June 23, 2016, the United Kingdom held a referendum to determine whether the country should remain in the European Union. Almost 52% of voters said "No."

The bill that specifies the United Kingdom's withdrawal from the European Union sets 23:00 GMT March 29, 2019, as the exact time for the country's exit from the bloc. The document will end the priority of EU laws over UK legislation by canceling the 1972 European Communities Act, which formalizes London's membership in the European Union.