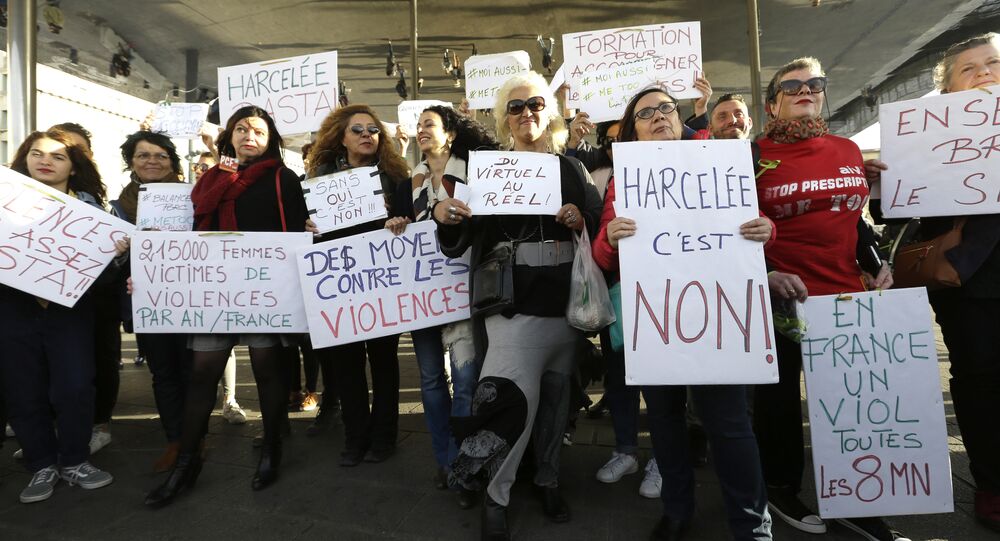 MOSCOW (Sputnik) – Over 30 percent of French women have been subjected to sexual harassment at work at least once, a fresh survey by the Ifop pollster for the VieHealthy magazine showed on Tuesday.

"In the course of their professional activities, nearly one woman in three (32 percent) has faced at least one situation of sexual harassment at her job in the legal sense of this term," the statement, summarizing the results of the survey, read.

Moreover, 13 percent of those surveyed said they had been touched by their co-workers on their genital area and erogenous zones. Twenty-four percent said they had suffered "light physical contact."

Additionally, 34 percent of French women said that they had faced various verbal and visual forms of harassment, particularly, inappropriate gestures and comments.

READ MORE: UK Actresses Step Up to Sexual Harassment in Lead Up to British Film Awards

Last October, after The New York Times claimed that former American film producer Harvey Weinstein had allegedly paid off women who had accused him of sexual assault since the 1980s, dozens of women, including actresses Gwyneth Paltrow, Angelina Jolie and Lena Headey, came forward with allegations that Weinstein sexually assaulted them.

© CC0
#Men Too! Both Genders 'Equally Prone' to Sexual Harassment
Since then, the issue of sexual harassment has leaped into the spotlight of media and authorities across the world with multiple revelations about businesspeople, celebrities, and officials being involved in inappropriate behavior.

In wake of accusations of sexual harassment, a group of 100 French women including legendary French movie star Catherine Deneuve signed an open letter published by Le Monde, defending men’s right to flirt with women as "indispensable for sexual freedom."