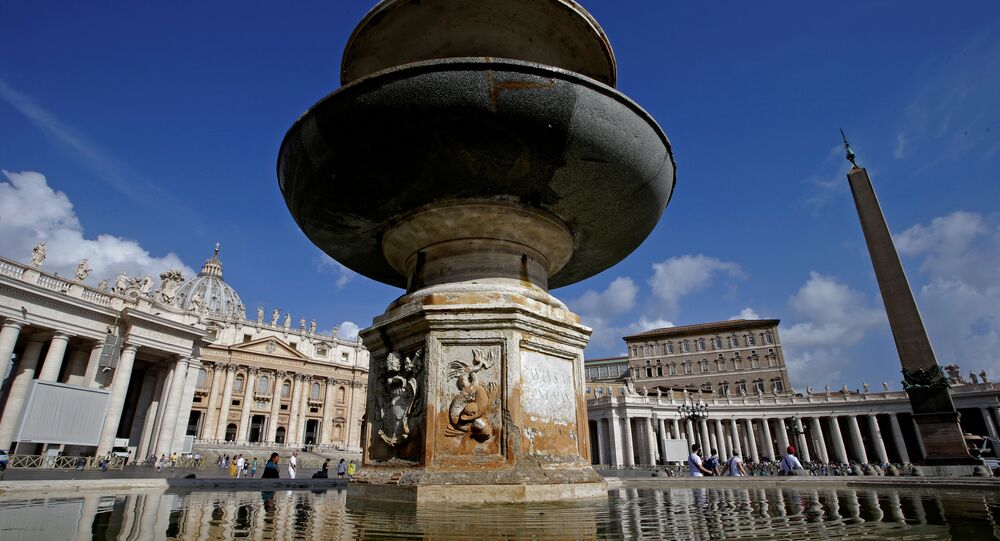 The Vatican is launching new exorcism courses for Catholic priests in April in response to a growing demand for the ritual in Italy, but fear of the devil it seems has not bypassed France either.

According to the representative of the exorcism service of The Roman Catholic Archdiocese of Paris, the service receives a large number of calls, and the wait time for a meeting with an exorcist (the Paris diocese has two exorcists) can be as long as two and a half weeks after the initial meeting with a priest. However, the ritual of exorcism is not carried out in all cases:

“People are in need of a prayer, a blessing,  liberation, healing, and, fortunately, not necessarily exorcism. The fact is that people sometimes feel bad and there is no place where they can go to be heard out. There are fewer priests, so there is less time to talk with people. The health care reform has led doctors to adhere to  time limits during patient appointments, and they also do not have time to listen to people. We are responsible for what happens to us. But how much easier it is to find an external reason — the devil is to blame for everything. This removes our own responsibility.”

The diocese is concerned about the “questionable” practices of priest-impostors who advertise their services on the Internet:

“The people that come to us are mired in debt, because they took a loan to pay for the services of an exorcist! The Catholic Church does it for free. People are so unhappy, and there are so many psychics and healers that people turn to them and spend huge sums of money.”

The British edition of The Economist has argued that the increase in demand for “self-declared exorcists” is due in part to the lack of interest from the Catholic Church as a whole and the Vatican in particular to requests to conduct exorcisms. But the representative of the Archdiocese of Paris does not agree with this:

“The church has long paid attention to this! It never refuses its duties. The Church has always done this, even if  it doesn't talk about it.”

A week-long course on exorcism will be held in April at the Pontifical Athenaeum Regina Apostolorum, a Catholic educational institute in Rome.
The Vatican formally recognized the International Association of Exorcists in 2014.