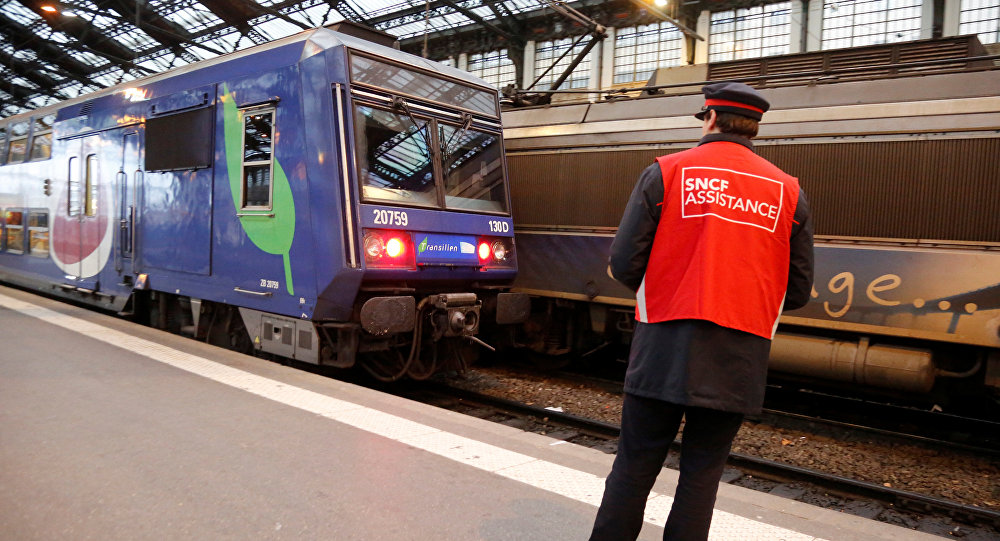 PARIS (Sputnik) - The French government's plans to push through reforms of the country's state-owned monopolist railway company SNCF could cause France's railway system to collapse, Erik Meyer, the chief of the French SUD Rail union, told Sputnik, stressing the need for an inclusive public debate on the measure.

"The measures proposed by the government bring us towards the atrophy of the railway system. Today, it is the public service, and the government wants to abandon it. The state announced that it won't close the small [railway] lines, delegating responsibility to the regions, but it's impossible: when we talk about the policy of territorial development, the state has to take the responsibility… Today, this disengagement of the state from the public service does not satisfy us," Meyer said.

On Monday, French Prime Minister Edouard Philippe unveiled plans to reform the SNCF, part of which would entail getting rid of the rail workers' special status that has been in place since 1930s. Philippe noted the "alarming condition" of the SNCF, whose debt now stands at some 50 billion euros ($61.6 billion), and called for opening the railway sector to competition in order to boost the quality of services and lower ticket prices. French media have also reported that rail reform could lead to the closure of less frequented railway routes.

The official stressed that the results demonstrated by those countries where the railway sector was open to competition were not satisfying.

"When it [the railway sector] was open to competition in Germany, they saw a real social dumping, which hit the employees' salaries following the creation of 400-euro jobs," Meyer underlined.

© AFP 2019 / JEFF PACHOUD
French Rail Workers to Strike Over Reforms – Railway Company
As for the rail freight service, which has been open for competition in France for 10 years, Meyer noted that the results were "catastrophic," with the modal share down by 10 percent in 2017.

"Clearly today the competition, as wanted by [French] President [Emmanuel] Macron isn't aimed at anything but opening this sector to big groups, enabling them to come and take the public subsidies designated to make trains move," the official underlined.

He also commented on Philippe's statement that he would welcome public debates on the issue as well as a discussion in parliament. If the government faces opposition in parliament, it will push the reform by a decree.

"We'll wait. He [Philippe] announced wide consultations. It's not that we don't want it, but consultations with a Damocles sword of a decree hanging over our heads is not the kind of negotiations we wish for. We'd like to have a big public debate, taking into account the point of view of the railway sector [employees], so that everyone could express their expectations," Meyer pointed out.

The government's plans prompted French rail unions to call for mass protests. Meyer vowed to participate in a nationwide protest that is scheduled for March 22.

The special status of railroad employees provides a range of benefits for railway workers, including early retirement. Philippe has said that the French government wanted to finalize the major points of the reform before summer.

The SNCF secured "the revenue of 33.5 billion euros up 4.2 percent thanks to the commercial dynamic that has generated a strong growth of passenger and cargo traffic" in 2017, according to the company's press release, issued on Monday.

The SNCF noted, however, that the financial and economic performance of the company in 2017 was "not sufficient in light of the situation of SNCF Reseau," the SNCF branch, which owns and services the country's railway network.