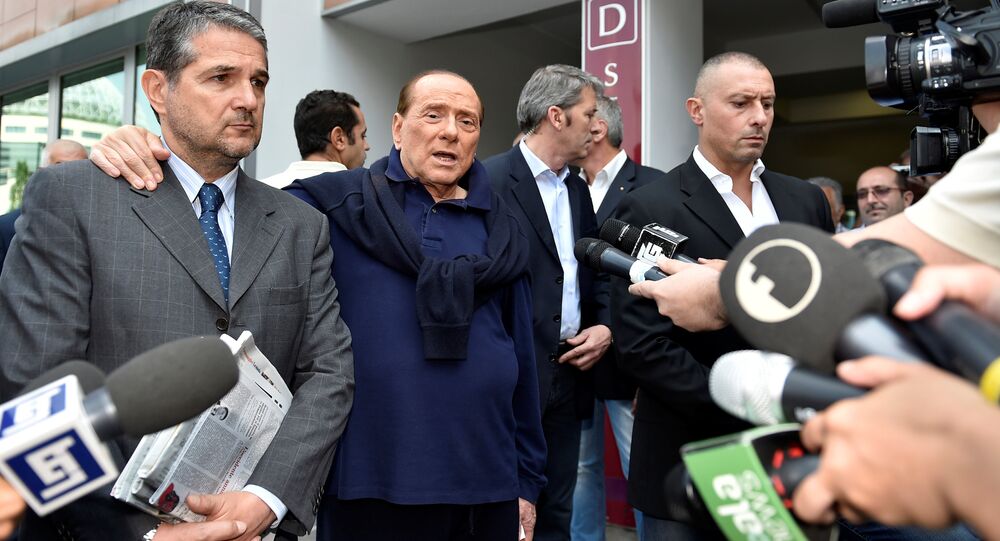 Berlusconi said that he would be available to run for the post in case the upcoming parliamentary vote ended up inconclusive, and resulted in another election in 2019.

Berlusconi is actively engaged in the parliamentary election campaign, however, the politician himself is barred from holding public office over his tax fraud conviction.

In January, the politician said that he "has no political ambitions" and named European Parliament President Antonio Tajani as potential candidate for the post of prime minister, adding that he also had other options.

© AP Photo / Luca Bruno
Berlusconi Reemerges as New and Wise Politician Who Can Lead Italian Gov't – Pollster Cofounder
According an IPSOS poll conducted for the Correre della Sera newspaper, no party is on the track to gain an outright majority in Sunday's election. The right-wing bloc made up of the Forza Italia party headed by Berlusconi, Lega Nord, Brothers of Italy, as well as Us with Italy and Union of the Center enjoys the combined popularity of 35.6 percent of votes.

Five Star Movement is predicted to garner 28.6 percent of votes, and a left-center coalition made up of the Democratic Party, Together, the Popular Civic List and Europa con Emma Bonino parties can count on 27.9 percent of votes. The Free and Equal alliance of left parties (LeU) is supported by 6.1 percent of respondents. A number of surveys also indicted that about a third of the electorate is still undecided.

In December, Italian President Sergio Mattarella dissolved both chambers of the country's parliament. The Council of Ministers decided that the next parliamentary election in Italy would be held on March 4.