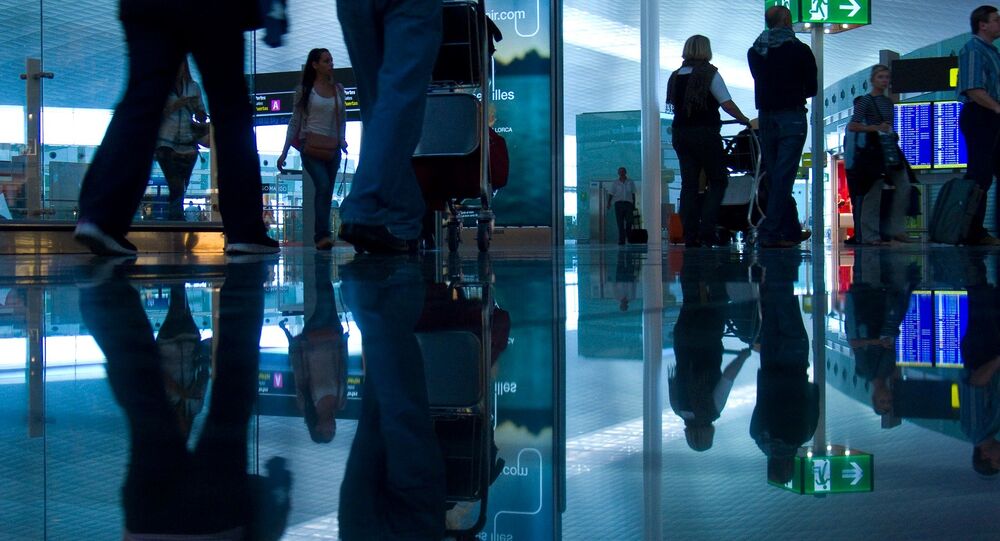 Off We Go! Norwegian Emigration Beats Historic Exodus to US

Despite ranking first in the international happiness index in 2017, Norwegians are leaving their country in droves. The combined dwindling immigration and low birth rates has yielded the lowest population growth in decades.

In 2017, Norway's population increased by 37,000, accounting for the lowest growth since 2005, Statistics Norway reported. The same year, the lowest number of births since 2003 was recorded. Other factors behind the sluggish population growth is slowing immigration and skyrocketing emigration, which exceeds that of the "exodus" era, when thousands of Norwegians left the country to try their luck in the "new world."

"Net immigration to Norway has more than halved in five years, and emigration is high," Statistics Norway senior analyst Marianne Tønnessen told national broadcaster NRK. "Emigration is now higher than during the great waves of migration to America at the end of the 19th century," she added.

Approximately 37,000 people left Norway last year alone, which corresponds to the total population of the Haugesund Municipality. Since 2006, at least 20,000 people have left the Nordic country each year, peaking at 40,700 in 2016.

In the 1800s, Norway experienced a mass exodus to the US. Like many other European nations, it was plagued by poverty, overpopulation and unemployment. Emigration began in the countryside and continued from the cities, including both families and individuals with vocational training. Between 1825 and 1920, about 800,000 Norwegians emigrated to North America, amounting to a third of the population. 1882 was the "bumper crop" year, when 28,804 émigrés were registered at Norwegian ports.

The new exodus from Norway resonates well with US President Donald Trump's controversial comment made in January 2018, when he said he'd prefer to see immigration from Norway over what he referred to as "s*ithole countries." While this remark caused outrage across the globe, Norwegian Prime Minister Erna Solberg retorted that Norway "did its deal to the US people," referring to the fact that the number of Norwegian Americans is on par with the population of Norway proper (4.5 million compared with 5.2 million).

READ MORE: Thanks, Trump! 'Fake News' Elected 'Word of the Year' in Norway

Morning by the Aker River in Kristiania, as Oslo was called in the late 1800s. pic.twitter.com/QmmMeEjHdr

​Trump's remark was widely ridiculed both in the US and Norway, with many users venturing it made little sense for Norwegians to leave their oil-rich country, famous for its high living standards, healthcare, free education and generous parental leave benefits.

=> I suspect Trump doesn't know these things about Norway:
1) All income tax returns are posted publicly online
2) They have national health care
3) They have 100% pension coverage
4) They love the environment and are strongly protective of it.

Oh, and they hate Trump. pic.twitter.com/hZh0yAkQrX

​​By contrast, birth rates in Norway have been decreasing for years. While a birth rate of 2.1 per woman is needed to keep population numbers constant, Norway currently has a birth rate of 1.71 and is dependent on immigration to keep its population at the current level.

Tønnessen acknowledged that Norway still was a "nation of immigration." "Norway still has an increasing population, which not all European countries can boast," she added.

As of today, Polish citizens remain the largest group of immigrants living in Norway by nationality. However, the net migration from Poland has also dwindled to a record low level since 2004, when the East European nation joined the EU.

"There is a large decrease in net migration from typical 'labor' countries. The reason could be that the situation in Norway is not as attractive as it has been in other periods, as well as situations in home countries are improving," Tønnessen explained to NRK.

READ ALSO: From Guest Workers to Largest Minority: Polish is the New Norwegian