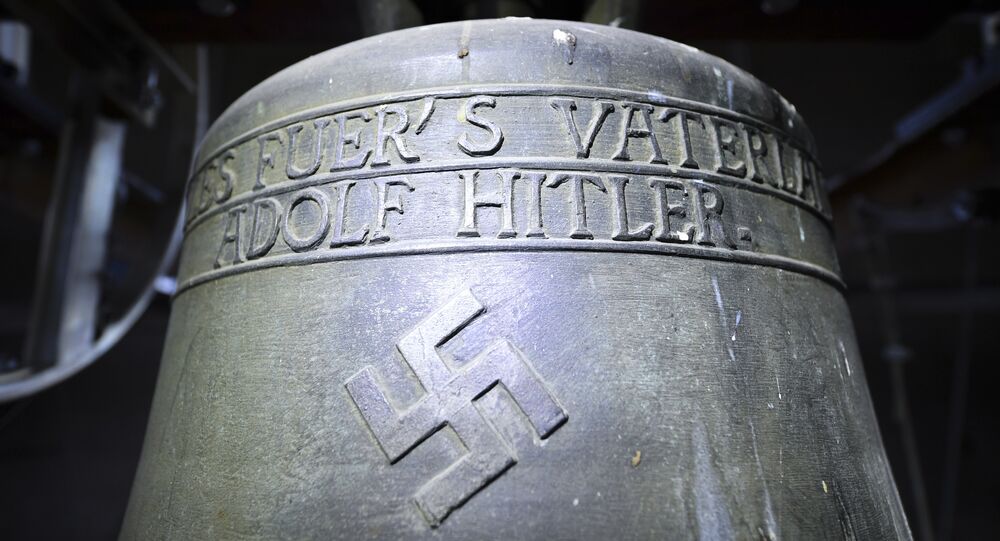 For Whom the Bell Tolls: German Town Votes to Keep Nazi Church Bell

It looks like to some people in Germany, a swastika is a sign of reconciliation and a memorial against violence and injustice, not the ultimate symbol of terror and repression.

On Monday, local councilors in Herxheim am Berg, a small village in southwestern Germany, voted that a Nazi-era bell with Adolf Hitler’s words inscribed on its side, along with a swastika, should continue to hang in the local church, DW reported.

The councilors argued that the continued presence of the bell with the inscription "Everything for the Fatherland — Adolf Hitler" would be "reminder about reconciliation and a monument against violence and injustice."

© CC BY-SA 3.0 / German Federal Archives / Norwegen, Besuch Himmler; Terboven und Quisling
Norway Divided by Plans of War Memorial Over Nazi Soldiers
The bell, which dates back to 1934, has split the town in two, with one side arguing that keeping the bell in place is offensive to the memory of the victims of Nazism and would ruin the church's reputation; while others argued that it makes no sense trying to ignore the town's history.

“It can't happen that a baby is baptized and a bell with the words 'Everything for the Fatherland' is chiming," she told news agency DPA last summer.

The dispute heated up even further after the town’s then-mayor argued that there were good things about the Nazi era too. The comments caused an uproar; forcing the mayor to resign.

Speaking ahead of Monday’s vote, the town’s new mayor said that the bell's toll was an important way of remembering the victims of Nazism.