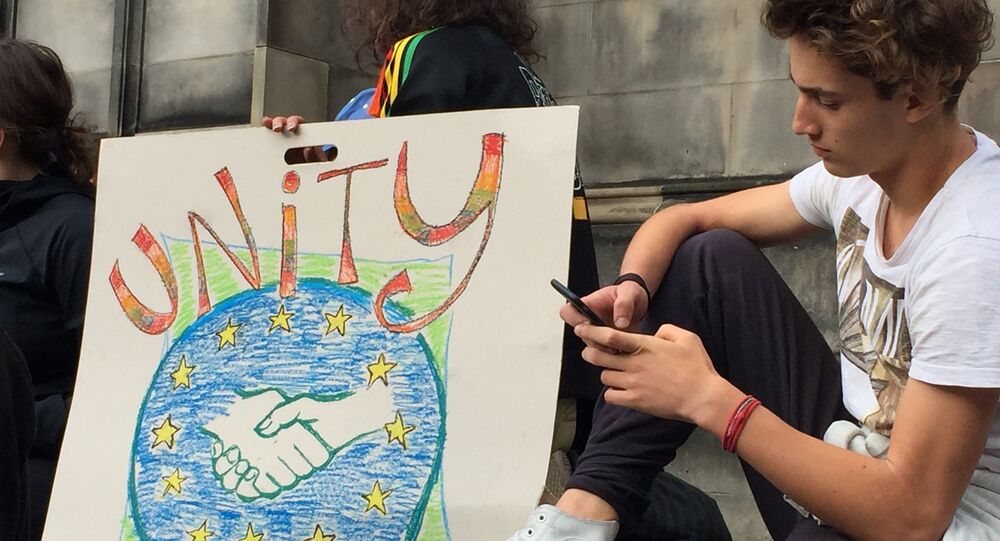 MOSCOW (Sputnik) - The Scottish government will likely recommend its parliament to refrain from approving the bill on the United Kingdom's withdrawal from the European Union, Scottish First Minister Nicola Sturgeon said Tuesday.

"I will not sign up to something that effectively undermines the whole foundation on which devolution is built and no first minister, no Scottish government worth its salt, should do so… We are still trying through discussions to reach agreement [on the bill] but if I look at the situation right now I think it is very likely that that’s the position both the Scottish and the Welsh government will be in, of saying to our respective parliaments 'We do not recommend approval of the withdrawal bill," Sturgeon told BBC Radio 4's Today program.

The politician added that in case of such developments, Scotland would introduce its own legislation "within devolved matters to give continuity to EU law."

On June 23, 2016, the United Kingdom held a referendum to determine whether the country should leave the 28-nation bloc. The majority of voters supported Brexit, but Scotland backed remaining within the European Union by 62 percent to 38 percent of the vote.

© AP Photo / Vianney Le Caer
UK Labour Leader Corbyn Says Party to Seek New UK-EU Customs Union After Brexit
The bill that stipulates the United Kingdom’s withdrawal from the European Union sets 23:00 GMT March 29, 2019 as the exact time for the country’s exit from the bloc. The document will end the precedence of EU laws over UK legislation by repealing the 1972 European Communities Act, which formalizes London’s membership in the European Union.