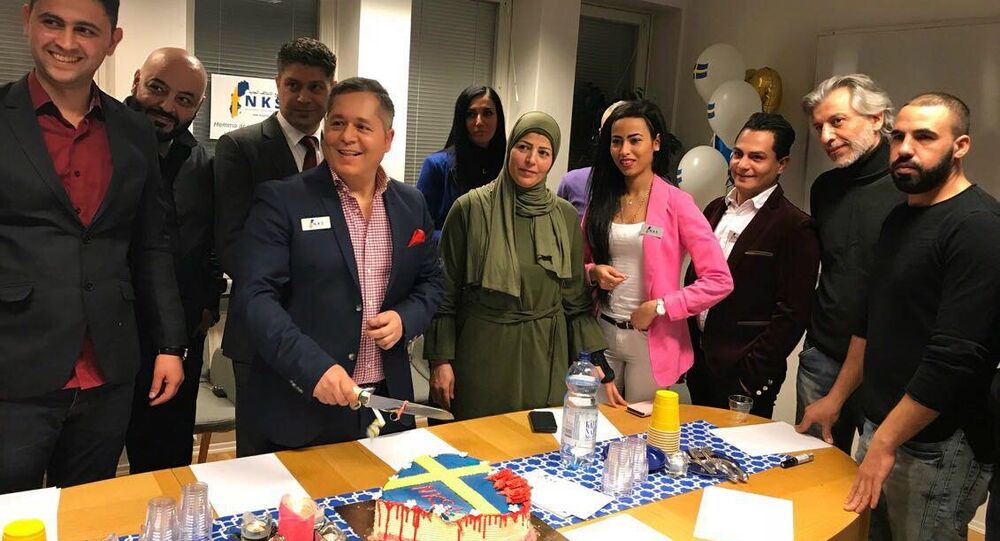 Given the fact that the organization operates under the "diversity is strength" banner and all of the founders are of foreign origin, it is no surprise that it relies mainly on support from fellow immigrants. However, the party's been off to a troublesome start.

A new party has been launched in the Swedish city of Malmö, often dubbed the nation's "most multicultural" one. The focal point of the New Coalition Assembly (NKS) is integration, and the party seeks to become nationwide in the future after first forming a voter base in its home town, the local news portal 24Malmö reported.

The New Coalition Assembly is headed by Hussam Alkoblawi, a stateless Palestinian who, by his own admission, had lived without a passport until the age of 22. Other founding members have foreign backgrounds as well. "We think diversity is strength, and therefore diversity must be clearly reflected on the country's political map as well," NKS wrote on its website.

"I have lived in Sweden for 30 years and have been following developments in Swedish society. I see all the differences that have arisen, and we also notice that the gap between foreigners and Swedish citizens has grown bigger," Alkoblawi told 24Malmö.

The party's stated goal is to contribute to integration in Swedish society on a practical level, as opposed to purely theoretical speculations, as Alkoblawi specifically slammed Swedish politicians for "spending too much time at the desk."

"Our goal is to create a harmoniously functioning society regardless of one's origins. There are many politicians out there who contribute with very good slogans and ideas, but something is missing in practice. We want to work in the field, in reality, and we want to show that change can happen if you work outside, and not just in the office," Alkoblawi explained.

So far, the party has arranged meetings for immigrants on different topics such as legal rights, the labor market, crime and law enforcement in Sweden. Additionally, the New Coalition Assembly holds live broadcasts on both Youtube and Facebook, as the goal admittedly is to reach as many people as possible and pave the way for future expansion.

"We have made great progress and many are interested. In a single week, there may be up to 150,000 people watching our movies. People appreciate it and we have been able to help," Alkoblawi explained.

To get a seat in the Malmö City Council, a minimum of three percent of the votes are required, and the party is hopeful to garner the votes needed from the city's burgeoning immigrant diaspora. In Malmö, Sweden's third-largest city, ethnic Swedes have been in the minority since the mid-2010s, according to various estimates.

"We consider ourselves a Swedish party, but basically we have foreign backgrounds. We want to address all citizens, but for natural reasons, people with immigrant backgrounds are our primary interest," Alkoblawi explained.

Statistics Sweden indicated that around 27 percent of Sweden's population of around 10 million had a full or partial foreign background as early as 2011. The Nordic country, however, has taken in over 200,000 immigrants in the past two years alone.

Ironically, less than a year ago, users at Flashback, Sweden's post popular forum, pondered when the country was going to get its first immigrant party, arriving at the conclusion it was a "question of time." Apparently, the time is now.

However, the party has already triggered controversy with a photograph on its Facebook page of a cake designed as a heart with a Swedish flag and an excess of strawberry juice. Some users saw a morbid symbolism in it.

"Blood cake. Does it symbolize all my ancestors who built this country with blood, sweat and tears?" a user wrote, calling this a "scandal."

Alkoblawi explained to the Expressen daily that his party merely was celebrating Valentine's Day with a heart-shaped jam-filled cake.