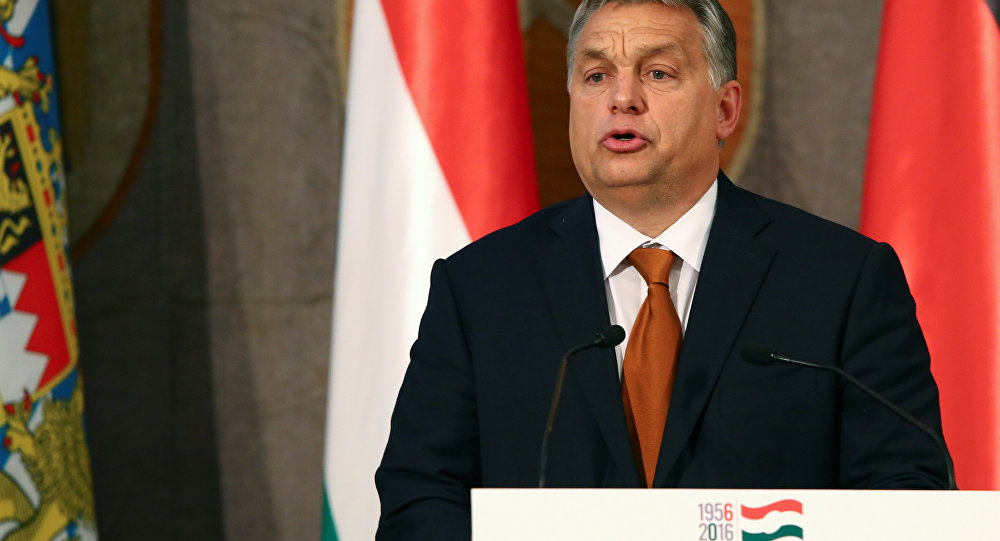 "In his former critics and today's speech the high commissioner for human rights has accused Hungary, the prime minister to be compared to the worst dictatorships and accused us with such attributes which we have to reject… He has accused Hungary to be comparable to the worst dictatorships of the last century… This is simply unacceptable and I think that international officials who behave like this became unworthy for their position. So it is obvious that Zeid al Hussein must step down," Szijjarto said at the opening of the 37th session of the Human Rights Council.

Speaking about migration, the minister stressed that Hungary viewed migration as dangerous and noted that encouraging it was irresponsible.

© AP Photo / Kevin Wolf
Hungary's 'Stop Soros Act' a 'Matter of Sovereignty ' - Political Analyst
Earlier in the day, Hussein delivered an opening statement at the 37th session of the UN Human Rights Council, in which he mentioned Orban when warning about the consequences of elected leaders wishing to achieve "ethnic, national or racial purity," calling such leaders xenophobes and racists.

Hungary took a tough stance on migration after the eruption of the refugee crisis in 2015, taking a number of measures to restrict the influx, including by way of building a fence on its borders.