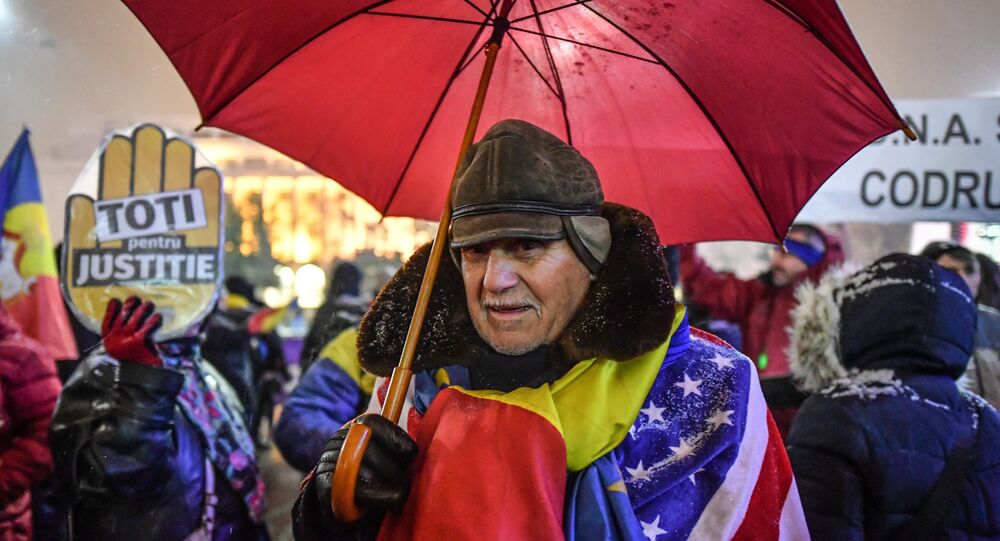 Romania has one of the worst records in Europe for corruption but the woman tasked with ridding the country of graft has been making herself unpopular with the top echelons of government. The question now is will the country's president go ahead and accept a recommendation to fire her?

Romania's Justice Minister Tudorel Toader has called for her to be sacked for exceeding her authority at the head of the Direcția Națională Anticorupție (DNA) but thousands of young Romanians believe it is a sign her anti-graft campaign is getting close to targets in the upper echelons of the government.

When Toader announced on February 22 that he wanted to remove Kovesi — who he accused of being "authoritarian" — he was criticized by Romanian MEP Siegfried Mureșan, who represents the center-right People's Movement Party.

Alarming development in #Romania: Minister of Justice launched today the procedure to dismiss the Chief Prosecutor of the Anticorruption Directorate. This is a clear attempt by the politicians to weaken the #judiciary.

​Romania's ruling Social Democratic Party (PSD) has been in turmoil for months.

Romanians protest and call on Europe to protect them from corruption https://t.co/0UgdByNN1Q pic.twitter.com/2jaQr5sZvn

The PSD's leader Liviu Dragnea is not allowed to become prime minister because of a conviction for electoral fraud but Dancila is a close ally of his and he is thought to control her.

There were protests, despite the snow, in Bucharest in January when Dancila was appointed.

One step closer to Romania's self-destruction after Ministry of Justice announcement removing #Kovesi from #DNA lead "We fight for justice. They fight for corruption" We'll bounce back 👊#corruption #romania #justice #directianationalaanticoruptie #thisisnotover

​Around 4,000 protesters gathered near the main government building in the capital Bucharest on Sunday chanting: "Codruta, don't forget, we are with you" and "Justice not corruption."

"The DNA must continue to do its job, however the justice minister must go," one protester, Serban Alexe, told the AFP news agency.

Hundreds also took to the streets of Cluj, Brasov and Sibiu as well as Timisoara, in the Hungarian-dominated Banat region.

#Rezist group in Cluj-Napoca in this night for DNA leader suport. pic.twitter.com/aIIO1YmG1Q

​Echoes of Protest Against Ceausescu

It was in Timisoara that the first protests began against Romania's communist dictator Nicolae Ceausescu in 1989, eventually snowballing in a revolution which ousted him and led to his execution on Christmas Day of that year.

It has hudreds of pages of documents annexed, as if to prove his point. You can tell Toader is an old School legal scholar, trying to make up for the flimsy grounds and content with pure, unmitigated bulk of documents. #legalcringe #kovesi

​Romania is far more affluent than it was in Ceausescu's day and most people are satisfied with improvements to their lives in the last 20 years, but there remains significant anger about alleged corruption in government.

Romania is considered one of the most graft-ridden countries in Europe and 44-year-old Kovesi has won plaudits from the European Union for her efforts to tackle the issue.

But Toader accused Kovesi of having "damaged the image" of Romania abroad.

Toader's recommendation to sack Kovesi is now in the in-tray of President Klaus Ionnahis, who is not from the opposition National Liberal Party (PNL) and was elected in 2014 during a campaign in which he emphasized the fight against corruption.

More than 87,000 people have signed an online petition calling on him to ignore Toader's recommendation and back Kovesi.

But if he does that could lead to a constitutional crisis.

​The PSD can trace its origins back to the National Salvation Front, which was created to govern Romania after the downfall of Ceausescu by former communist party leaders like Ion Iliescu, who remains the party's honorary president.

It was the largest party, with 45 percent of the vote, in Romania's last elections in 2016.