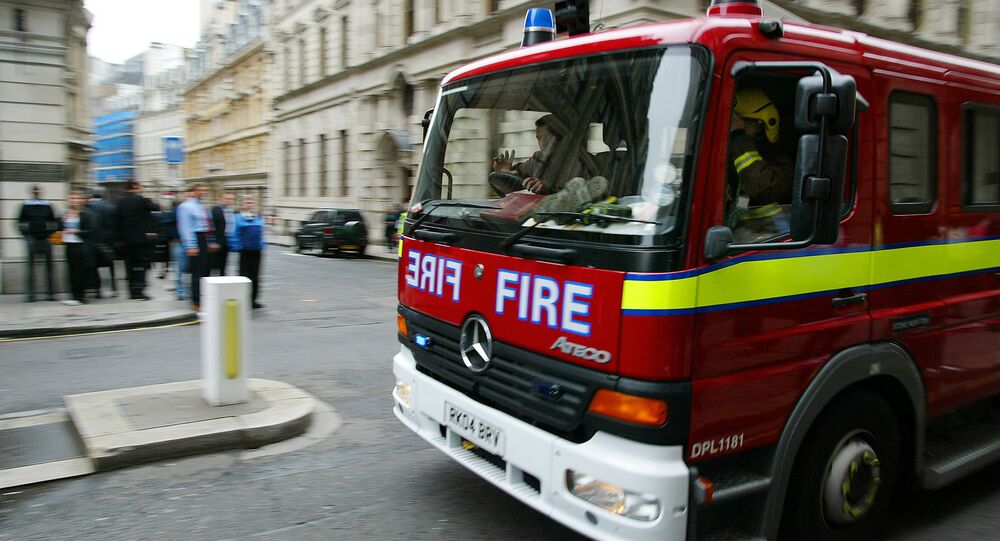 Six fire engines have been deployed to what police called a "major incident" in the city of Leicester, UK.

Leicestershire Fire and Rescue is reportedly treating the incident as search and rescue operation. Several media cited witnesses reports of a large explosion on Hinckley Road.

Leicestershire police later reported a "major accident" in the area, and that the roads had been closed. The police also asked people to avoid the area.

#Leicester incident update. We have taken four patients to the Leicester Royal Infirmary at this stage @Leic_hospital Ambulance crews, our HART and @EMICS Drs remain on scene.

19:19 |There has been a major incident on Hinckley Road, Leicester. All emergency services are currently dealing with this. Carlisle Street and part of Hinckley Road have been closed Please avoid the area.

Please avoid the Hinckley Road area of Leicester and surrounding streets. Emergency Services are dealing with an incident. Further updates will be provided as and when we can provide them. @leicspolice pic.twitter.com/KLgp7YTd3D

​​Earlier, there were several reports that the explosion rocked a convenience store and destroyed a flat along with it. The Leicestershire police department has said in a press release later that there was no indication that this incident was related to terrorism.

"The cause of the explosion will be the subject of a joint investigation by the police and Leicestershire Fire and Rescue Service. We would ask that the media and public do not speculate about the circumstances surrounding the incident but at this stage there is no indication this is terrorist related," the press release, published on late Sunday, read read.