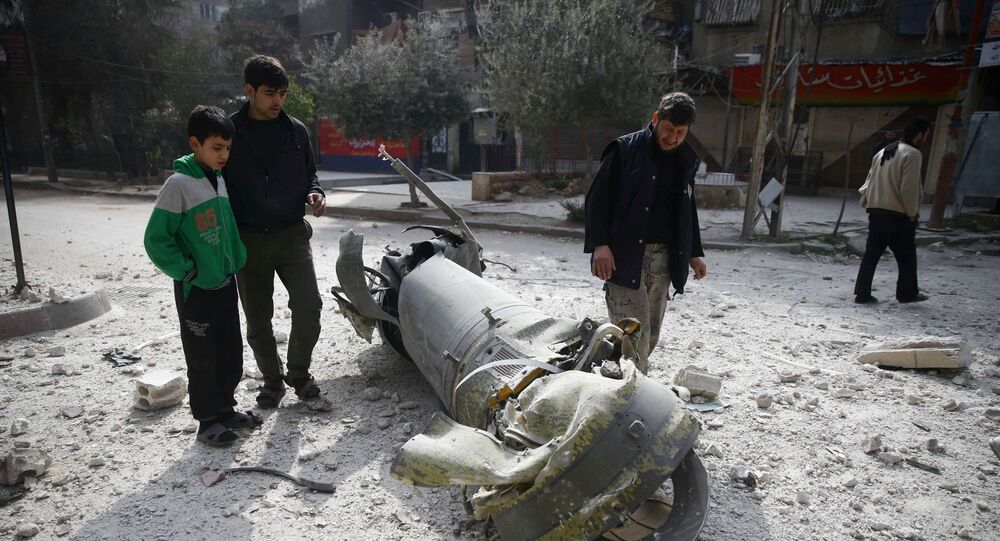 On Saturday, the UN Security Council unanimously adopted resolution 2401 that urges all parties to the conflict in Syria to immediately stop all clashes and adhere to the long-term humanitarian pause on the entire territory of the country. The aim is to ensure the safe and unhindered supply of humanitarian aid as well as medical evacuation of those injured.

"We support the humanitarian truce in Syria, demanded by the United Nations. It is necessary to stop violence, ensure access to humanitarian aid, and a decision on negotiations," Parolin said as quoted by the TGcom 24 TV channel.

Parolin also stressed Pope Francis was concerned about the "dramatic situation in Eastern Ghouta" and other areas, including Afrin.

Violence has escalated in Eastern Ghouta, lying on the edge of Damascus, in recent days. The UN estimates that almost 400,000 people have been trapped in the area besieged by government troops, while Russia argues that the capital has been attacked by militants controlling the enclave.