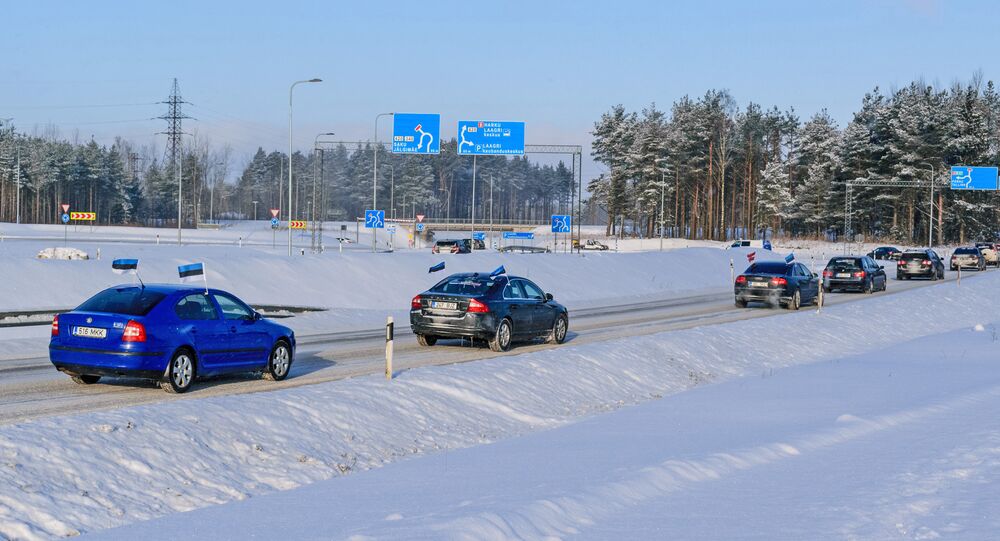 Activists protesting Estonia's high taxes on alcohol and gasoline have organized a massive road trip to neighboring Latvia to fill up on booze and fuel.

The event, organized on Facebook and dubbed 'All Together to Latvia!', saw two columns consisting of several hundred cars and about 2,000 people meeting in the town of Valga, southern Estonia on Saturday before driving south to Latvia.

Speaking to Sputnik Estonia, rally organizer Taavi Leppik said that the protest was meant to show Estonians' attitudes toward the government's tax policy.

Estonia has seen a sharp spike in excise taxes on alcohol and gasoline in recent years, leading to growth in cross-border trade, with many Estonians calculating that it is literally cheaper to drive into Latvia to fill up their cars and come back than to fill up at home.

© AFP 2020 / Ilmars Znotins
Standalone Russian Language TV Channel Unlikely to Succeed in Latvia - PM
Leppik complained that the government's tax policy has led to the closure of many small shops near Estonia's border with Latvia, leaving locals out of work.

Receiving about 40 million euro less than expected from the increase in alcohol excise taxes, Latvian authorities announced that they would halve the planned increase in the price of booze in 2018 from 10% to 5% for strong alcohol, and 9% instead of 18% for light alcohol such as beer.

Estonia to Hold Largest-Ever Military Exercises in May

US Fighter Aircraft Arrive in Estonia to Take Part in Drills