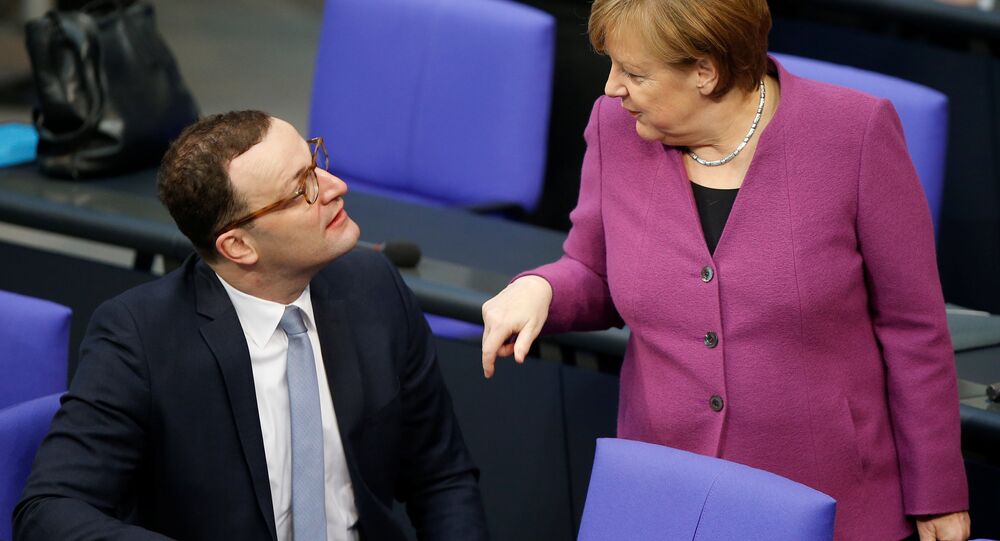 Angela Merkel's move is believed to be an attempt to overcome party's internal disagreements ahead of the federal CDU convention this Monday.

The German chancellor is going to include in the government one of the most outspoken critics within her conservative party CDU, Jens Spahn, promoting him to the health minister, the dpa news agency reported on Sunday.

Spahn has been criticizing Merkel's centrist immigration policy and advocating for a conservative shift in the CDU, as the right-wing Alternative for Germany, which railed against a mass influx of migrants in 2015, has been taking away the conservatives' votes.

In 2002, 22-year-old Spahn became the youngest member of the German Bundestag. While serving in the parliament, he headed the Working group on health policy as well as the post of the spokesman of the CDU/CSU health parliamentary group. In 2016, The Guardian called Spahn a possible replacement for Merkel's position.

© Photo : Pixabay
Some 150 Dangerous Islamists in German Prisons Need 'De-radicalizing' - Report
The potential inclusion of Spahn in Merkel's government is believed to defuse the internal tensions ahead of the CDU convention scheduled for Monday. After the alliance of Christian Democrats and Social Democrats (CDU/CSU) suffered its worst defeat since 1949 in September's general election, Merkel has been struggling with increasing pressure from within the ranks of her party.

Difficult negotiations creating a government added to the internal rebellion against the German chancellor, as Merkel's conservatives had to relinquish key cabinet positions, among them six ministries including finance and foreign affairs, so as to strike the coalition deal with the Social Democrats (SPD).

During its parliamentary election win in Germany on September 24, 2017, Merkel's CDU/CSU alliance obtained 33 percent of votes and secured 246 seats in the parliament, failing to secure an absolute majority. The SPD came second with 20.5 percent of the vote and 153 seats, while third place went to the Free Democratic Party, which got 10.7 percent and 80 seats.

Toy Story: What the German Hockey Team May Get for Olympic Medals