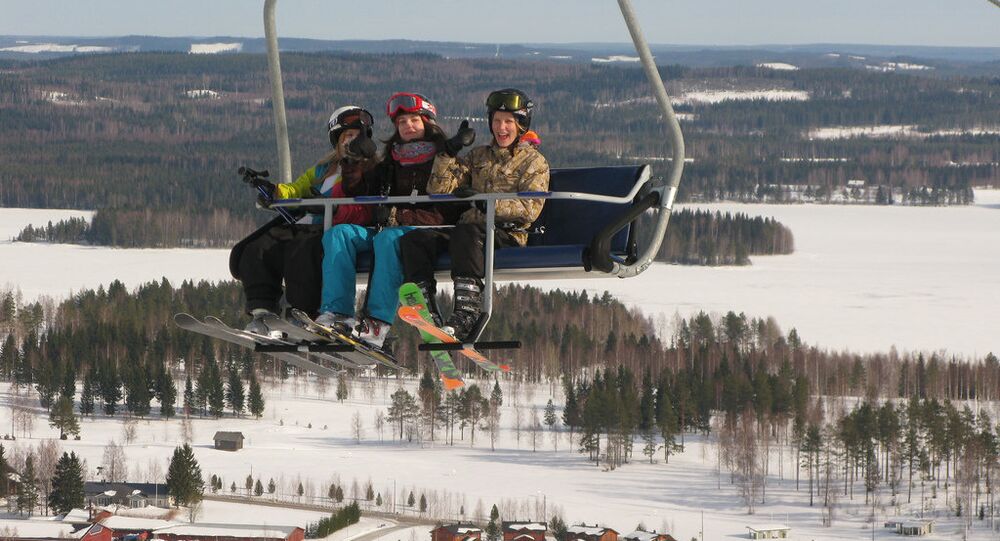 In the 1990s and the early 2000s, Russian tourists did not think twice before buying cottages near the Finnish ski resort Tahko for a whopping 20 million markkas (about four million dollars), according to the Finnish broadcaster Yle.

Russian tourists have become more frugal about spending money in neighboring Finland, a far cry from the early post-Soviet years, when they used to "carry money in plastic packages", the Finnish broadcaster Yle reported.

Yle referred to the situation in the 1990's and early 2000's, when Russian holidaymakers visited the Tahko ski resort and purchased local cottages for 20 million markka  (about four million dollars) even though the cottages were worth a mere two million markkas (around 410,000 dollars).

At the time, well-to-do Russian tourists in Finland preferred to buy snowmobiles instead of renting them, and then left them at their cottages near the Tahko resort.

© REUTERS / Maxim Shemetov
Number of US Tourists Visiting Russia Grows 25% in 2017 - Russian Trade Envoy
According to Yle, a super-rich Russian tourist could order all the dishes from a restaurant menu in order to taste them, while in hotels there were pilots of private planes to help Russian vacationers jet somewhere new, if necessary.

In the 1990s, rich Russians in Tahko even spent money renting a cat — a far cry from today's situation: Russian tourists have stopped going on wild spending sprees.

Right now, the number of Russian tourists in Tahko is decreasing and they prefer to stay for a shorter period, Yle concluded, citing a local as saying that "tourists currently go shopping in a supermarket and buy their own food."

India Limits Taj Mahal Tourists to 40,000 Per Day to Prevent Wear and Tear