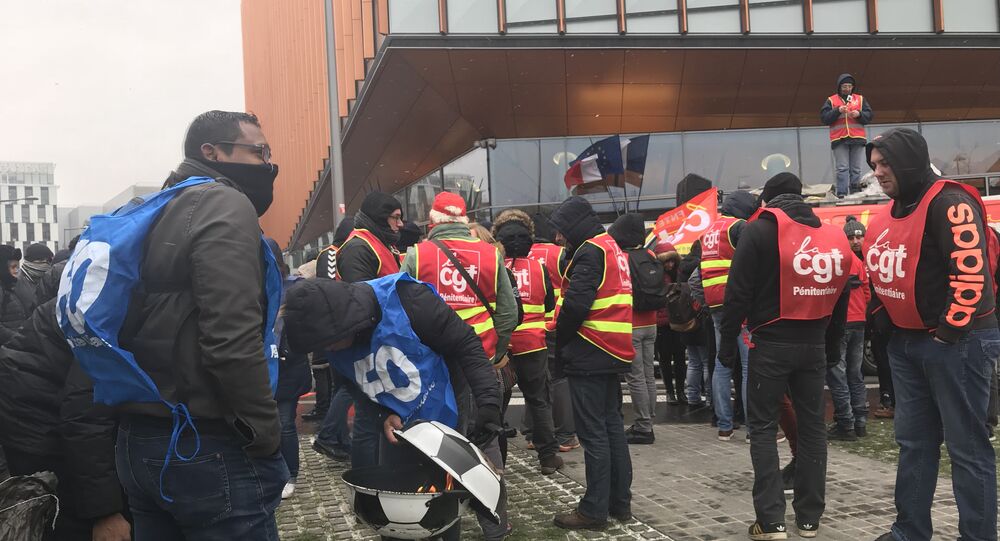 "Minister of Justice, Nicole Belloubet, is also working within the scope of prison procedures related to the accommodation of radicalized people, namely, those who return from Syria and Iraq; 1,500 spots will be set up [in prisons] in isolated sections, exclusively reserved for the radicalized detainees," the minister said in a statement, as posted on his Twitter account.

According to Philippe, 450 of those spots will be available by the end of this year.

© Sputnik / Julien Mattia
French Nursing Homes Staff to Participate in Strikes Protesting Lack of Funding
The minister made a speech in the city of Lille to unveil several aspects of the 60-point national plan against radicalization and associated crimes.

Apart from the additional prison capacities, Philippe mentioned the need to focus on education, as a means of prevention of radicalization.

The proposal on enlarging prisons' capacity comes a month after a wave of strikes of prison guards that took place across France. The prison staff demanded better safety conditions at work, including the protection against radicalized inmates. In early January, such an inmate injured several prison employees in northern France.