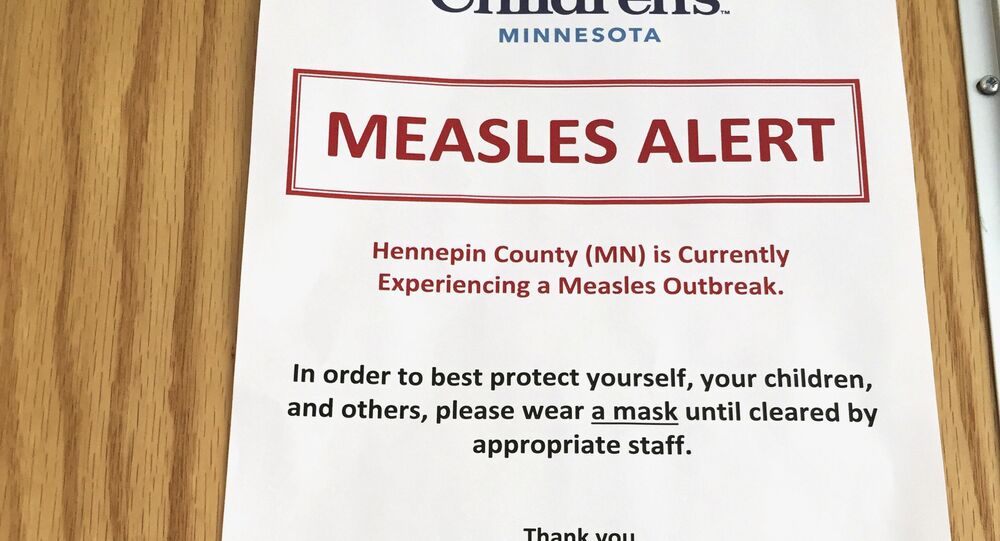 ROME (Sputnik) - Over 160 people came down with measles in Italy in January and two people died from it, Italian Health Minister Beatrice Lorenzin said on Friday.

"In January 2018, 164 cases of measles were registered in the country and two people died because of acute respiratory failure. We are speaking about the deaths of two people aged 41 and 38," Lorenzin said on the air of the Rai Italia broadcaster.

The figures of the Italian National Institute of Health (ISS) said that almost 5,000 cases of measles were registered across the country in 2017. Including the latest figures, six people died from the measles in the country from the beginning of last year. The majority of infected people have not been vaccinated, the ISS added. According to the institution, the rapid growth in infected people has been caused by the fact that the number of parents choosing not to vaccinate their children from the disease has been increasing. In 2017, the Italian parliament adopted a law on compulsory vaccination of children from 10 diseases, including from measles.

© Sputnik / Anton Denisov
WHO Warns of Dangerous Madagascar Pneumonic Plague Outbreak
Measles is currently on the rise in Europe with the number of cases having tripled last year. The World Health Organization (WHO) said that more than 21,000 people caught the virus in 2017, and 35 people died of it, while there were only 5,200 cases in 2016.

On Thursday, Dr. Nathalie Schirvel from the Belgian Health authority AVIQ told Sputnik that false information about the safety of anti-measles vaccines disseminated via social media had resulted in outbreak of this illness in Europe.