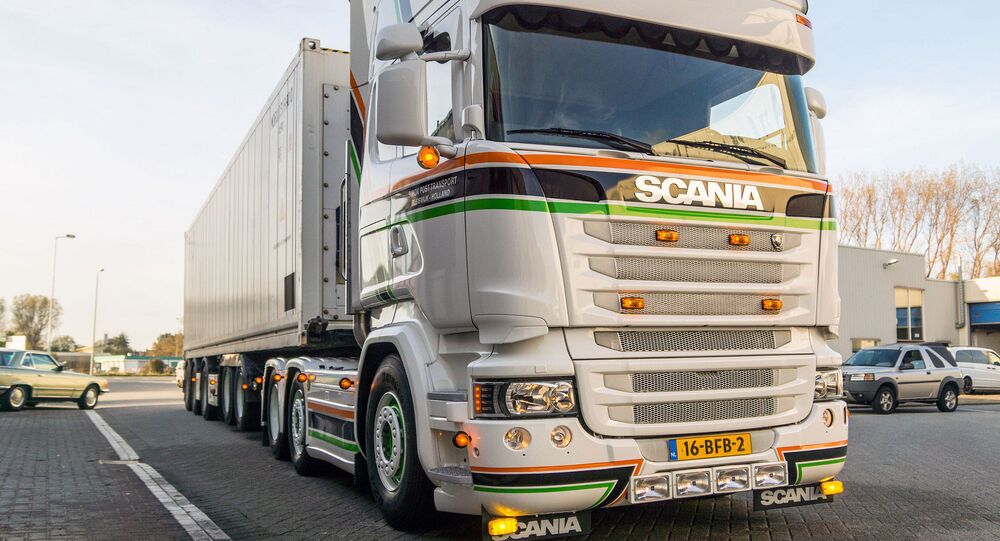 In August 2017 a pile-up on one of Britain's busiest motorways, the M1, killed eight people in a minibus. A Polish and a British trucker have gone on trial with the prosecution they were both jointly responsible for the "entirely avoidable collision" which killed eight people, most of them Indian nationals en route to Disneyland Paris.

Eight people on their way to Disneyland Paris were killed when their minibus was sandwiched between trucks after an "entirely avoidable collision" on the M1 motorway north of London, a trial has been told.

Several of the dead were Indian nationals who were working in England for the IT services company Wipro and a four-year-old girl was orphaned in the crash.

Oliver Saxby QC, prosecuting, said Masierak was believed to have fallen asleep after drinking alcohol — he was twice the legal limit at the time of the crash — and had inexplicably stopped his Scania truck in the slow lane of the M1 near Milton Keynes, where it remained for 12 minutes. Two empty cans of cider were found in his cab, the court heard.

Mr. Saxby said the minibus driver, Cyriac Joseph, 52, was unable to overtake Masierak's truck because of congestion and had stopped, with his hazard lights on, while waiting for a break in the traffic.

Jury is being shown CCTV footage of the minutes before the collision on the M1 southbound near Milton Keynes. It shows Ryszard Masierak’s lorry coming to a stop in the slow lane at around 3am where he remains for 12 minutes. The road is busy despite the time — August bank holiday

But he said the second trucker, David Wagstaff, 54, ploughed into the back of the minibus, shunting it underneath Masierak's truck, because he was chatting to a friend on the phone and was not concentrating.

Mr. Joseph and seven of his passengers were killed while four others, including four-year-old Shravathi Karthikeyan, were seriously injured but survived.

The minibus was traveling from Nottingham to London so the group could catch a coach to Disneyland Paris.

Jury Watches Footage of the Collision

Mr. Saxby said both Masierak, a Polish national, and Wagstaff, who is English, were at fault for the eight deaths.

David Wagstaff (other lorry driver) is then interviewed under caution. He admits being driver of the Fed Ex lorry. He admits talking to a friend on hands-free, saw vehicles in front of him, thought they were moving and at last minute tried to swerve to avoid but to no avail.

He said it was an "entirely avoidable collision" which had the "most catastrophic and tragic of consequences."

"It was caused, we say, by the dangerous driving of these two defendants. In Mr. Masierak's case, under the influence of alcohol, parking up in the slow lane of the M1 motorway — an act as flagrant as it was dangerous. What on earth did he think he was doing? And, in Mr. Wagstaff's case, on a hands-free call, his lorry on cruise control and he perhaps on 'auto-pilot', failing to notice what was ahead of him and in full view for some time — inattention on a most gross scale," said Mr. Saxby.

Masierak 'Asked Who Was Driving the Truck'

Mr. Saxby said the two defendants' reactions after the crash were very different.

He said Masierak initially denied being the driver of the AIM Logistics truck, even though he was wearing one of the company's polo shirts, and asked a police officer what had happened to the driver.

He replied "no comment" to all questions from detectives.

But Wagstaff, who was driving a Fed Ex truck, admitted openly to his role in the crash.

"The collision is my fault. I hit the back of all of them," Wagstaff told police.

"It was my fault. They appeared to be stationary and I ploughed into the back of them without touching my brakes at all," Wagstaff added, before admitting he had been chatting to another Fed Ex driver on his hands-free phone at the time of the crash and was not paying full attention to the road.

The death toll was the worst on a British motorway from a single accident in 24 years.

Mr. Saxby said the trial would hear evidence from several motorists who noticed Masierak's "erratic driving" on the night of the crash.

He said Masierak had picked up a load in Worcester and then drove, via Birmingham, to Bedford and was heading down to make another delivery in Erith, near Kent.

But Mr. Saxby said he was spotted driving the wrong way around a roundabout near Birmingham and stopped for eight minutes on the M1 about a mile before the scene of the crash.

1/2 A jury has been sworn in at Reading Crown Court in the trial of two men charged in connection with a crash on the M1 last August which left 8 people dead. Four others were injured including a 5-year-old girl. Her parents died in the collision.

Masierak denies a total of 20 counts, including causing deaths by dangerous driving and causing death by careless driving when over the alcohol limit.

The first witnesses are due to be called on Friday, February 23, and the trial is due to last into next month.