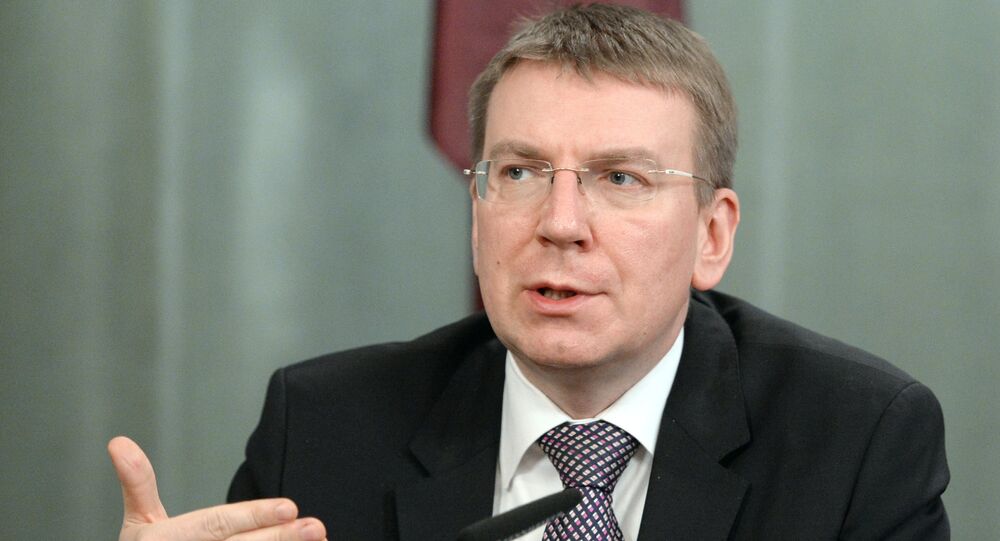 "Implementing the decision of the Saeima [the parliament] of February 8, 2018, which calls for sanctions against individuals linked with the "Magnitsky case," as well as in accordance with the resolution of the Prime Minister of Latvia of February 22, and based on the immigration law, I have banned the entry of 49 persons into the country," Foreign Minister Edgars Rinkevics said in his Twitter blog.

READ MORE: Russia Vows to Reciprocate After Publication of Magnitsky List in Lithuania

In December 2017, the United States has imposed new sanctions on 13 foreign citizens as well as 39 affiliated individuals and entities under the Global Magnitsky Human Rights Accountability Act.

Responding to this move, in January 2017 Russia's Foreign Ministry stated that sanctions imposed under the Magnitsky Act turned into an unjustified and politically motivated initiative after the United States added five Russian individuals to its Specially Designated Nationals list for alleged violations of the legislation.

Sergei Magnitsky was a Russian lawyer who revealed alleged corruption at the highest levels of the Russian government. He was detained in 2008 and accused of conspiracy and abatement for tax evasion. He died in the Matrosskaya Tishina pre-trial detention center in Moscow in 2009.