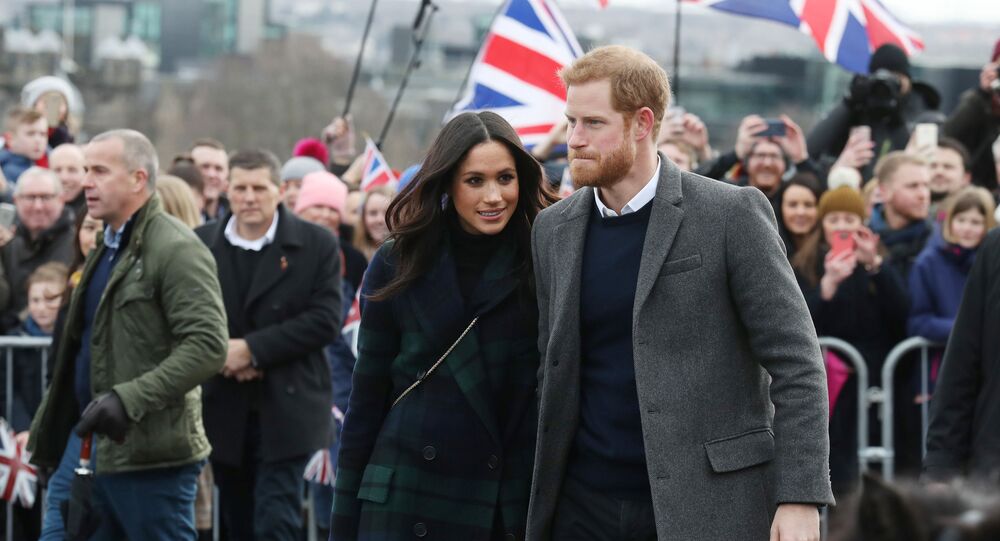 It remains unclear whether the couple is being targeted by the same individual, who previously sent a suspicious package to the House of Parliament.

According to The Guardian,  British law enforcement authorities are investigating an incident involving a letter that contained white powder, which was addressed to Prince Harry and American actress Meghan Markle.

The suspicious package, which was delivered earlier this month to the royal residence at Kensington Palace in London, reportedly prompted an anthrax scare.

© REUTERS / Hannah McKay
Meghan Markle's 'Family She's Never Had' Disputes Prince Harry's Christmas Claim
Anthrax may take a powdered form and be used as a weapon, causing lethal injuries to its victims.However, after being thoroughly examined by toxicologists and police experts, the package was deemed  harmless.

According to the Evening Standard, the couple was notified of the incident, yet the spokesman for Kensington Palace refused to issue a public comment as police the investigation is still on-going.

Earlier, another suspicious parcel was delivered to UK Home Secretary Amber Rudd's office in Westminster, and  Scotland Yard is reportedly investigating whether two packages came from the same source.

The police spokesman has refused to comment on the state of the investigation.

Prince Harry and Ms. Markle  made international news by announcing their upcoming marriage ceremony that is due to take place in May.

WATCH Obama Joking With Prince Harry in Interview: 'Do I Need British Accent'?