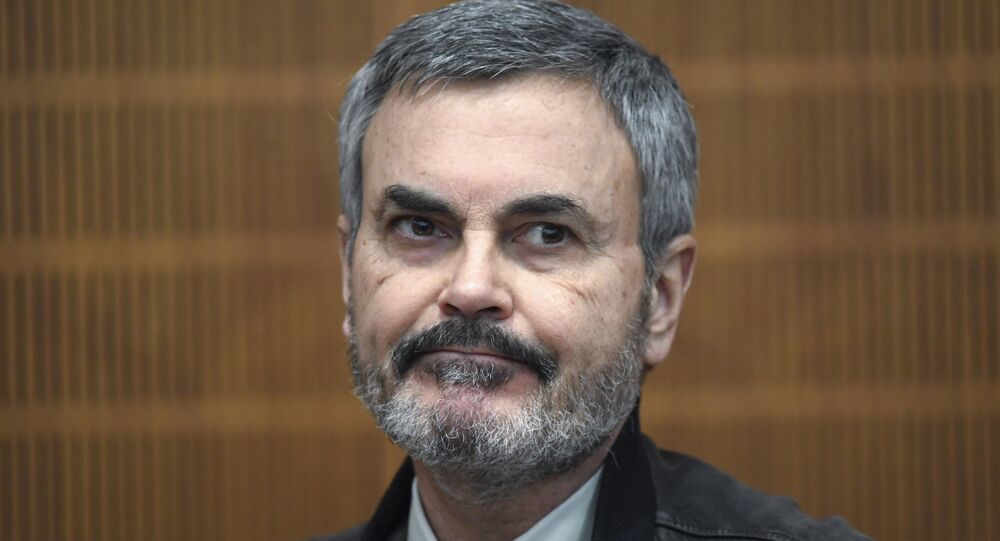 On Wednesday, John Ausonius, a Swedish convicted killer also known as "the laser man," was sentenced to life in prison for the 1992 shooting death of 68-year-old Blanka Zmigrod, a Holocaust survivor.

Ausonius, who gained his nickname because he used a rifle with a laser sight, has been serving a life sentence in Sweden since June 1992 for his 1991-1992 racially motivated killing spree in Stockholm. According to reports, Ausonius killed one person and injured 10 others during his shootings — his victims were from Eritrea, Iran, Brazil, Greece, Syria and Zimbabwe.

The case of Zmigrod's murder was reopened in 2014 over speculation that German neo-Nazi group National Socialist Underground was using Ausonius' methods to commit their own killings, enacted between 2000 and 2007, according to the prosecution. His killing spree is also thought to have inspired the attacks by Anders Breivik and Peter Mangs.

"I simply couldn't live with the fact that the investigation had been closed," Nadja Böttinger, the prosecutor in charge of the case told Stern magazine. "He could remember many details, but as soon as it concerned something relevant to the case, he suddenly didn't know anything."

Ausonius was linked to Zmigrod's death in Frankfurt after German officials investigating the murder realized that the two had gotten into an argument at a restaurant where Zmigrod worked in the cloakroom. During the altercation, Ausonius accused Zmigrod of stealing a small electronic notebook from his coat.

Officials indicated that the notebook is said to have contained names and addresses the killer needed in order to get away from officials in Sweden and escape to South Africa.

According to witness statements presented by the prosecution, after the dispute, Ausonius told Zmigrod that they'd be "seeing each other again." Roughly 36 hours later, Zmigrod was dead.

The initial investigation into Zmigrod's death was closed by German officials in 1996 after they failed to uncover sufficient evidence linking Ausonius to the crime. At the time, officials only had witnesses who identified Ausonius as Zmigrod's killer.

Although Ausonius repeatedly denied killing Zmigrod in court, he did admit to the other killings from his shooting spree in Sweden.

Though it is unclear whether Ausonius will serve his sentence in Germany, he agreed to be transferred for the murder trial under the condition that he would serve out his sentence in Sweden, Reuters reported.